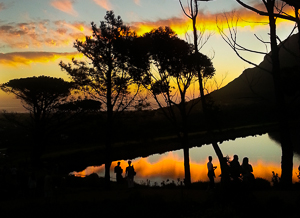 Still carrying the RX-100 around everywhere and getting the odd nice shot when the opportunity presents itself.  But one of these photos was taken with my Samsung Galaxy S3 phone.  Can you guess which?

Over the last few weeks I have been mulling over whether I really need a big camera any more.  I am pretty sure I’m going to clear them all out on eBay, and maybe get one top end compact systems camera as a high IQ companion to the RX100.  Currently I am really taken with the Sony Nex 6, or the Fuji X10S, both of which are pretty pricey.  But really I’m not sure I need anything else – I’m so happy with the IQ of the RX-100 and it’s portability.  Having said that I was caught short yesterday, and used the GS3 phone to capture a shot, and I was really surprised how well it came out.

Sunset shot update:  I was with P*tt* at the time, and she took an identical shot with her Panasonic travel zoom.   Her photo has much more of a reddish tint to the sunset, which was how it actually was.  I reprocessed my shot in ACDsee instead of Lightroom 4 (which I had used the first time round) and the result was much better.  I didn’t change the colours in either case, but for both I did reduce the exposure to get the deep blacks and get richer colours from the sunset.  Interestingly there was nothing I could do in Lightroom 4 to get more red in the shot – neither colour temperature, tint or direct colour manipulation would get an acurate red back into the colours.  This goes some way to tilting me towards ACDsee as the basis for my processing – the problem is I am a bit too deep into the LR catalogue to easily make the change.  Ho Hum.  I have shown both shots so you can compare.  Which one do you like best?

As usual, if you have Flash the photos are best seen in full screen (press FS in the bottom right hand corner), and in slide show ( press SL).   If you don’t have Flash, i.e if you are using an Apple iPad/Pod/Phone, or a Nexus 7/10 tablet, or any Android tablet running 4.1 +, you can now see them as well.  Just click any of the thumbnails and a full screen slide-show should start.

Information on each photo can be seen by clicking on the ‘i’ symbol in the upper right corner of the screen show.  And that will also tell you which one was the S3, and which one was in ACDsee.  Click on the ‘i’ again to get back to the photo.