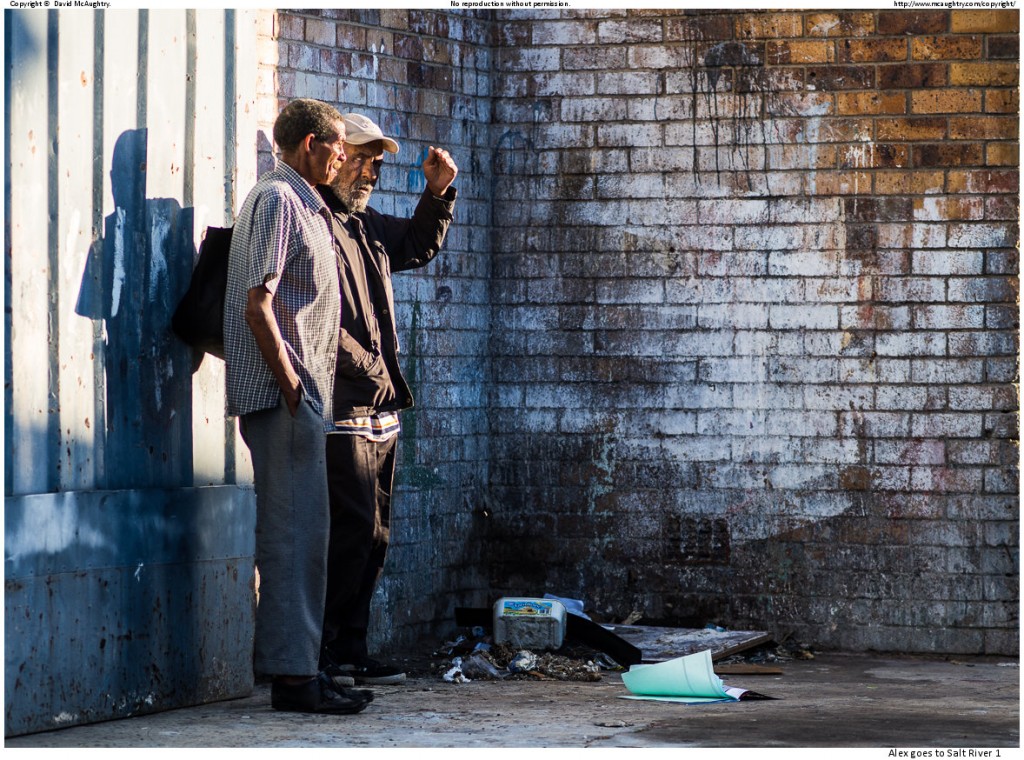 Happy New Year! Here’s another in the Salt River series.  These two gents I think were waiting for a ride – which was going to come down a street along which the sun was nearly horizontal and in their faces.  I liked the contrasty lighting, along with their facial expressions, the extremely gritty wall next to them, and the shadow behind them.

Odd thing about this area – it’s pretty much an urban wasteland, and looks fairly mean, but I don’t feel threatened there.  That’s in marked contrast to other suburbs of Cape Town like Plumstead where I have felt extremely uneasy when taking street shots. Mind you I feel pretty uneasy about the original Plumstead in London, and don’t even get me started about Peckham.

Click to show full screen. The last few days in Cape Town were pretty hectic, as always, and we returned 5 days before Christmas into several (solvable) crises, so I have been unable to publish the last couple of week’s shots until now. This and the next 5 days or so will all be street/park…

Today’s photo:  Blue and Gold. A long exposure shot taken near Simonstown in the Cape Peninsula, as the rising morning sun illuminated the jagged sandstones of the False Bay coast.  A further by product of my endless (and so far unsuccessful) attempts to capture effectively the sun rising behind the False Bay lighthouse.  These attempts…