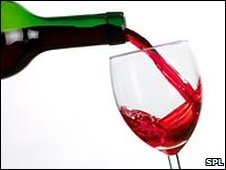 At last: an end to ‘sit in rock-hard pew for two hours waiting for concert to start without an adult bev or lose your place’ misery.

It’s only fair to characterize this one as ‘in progress’, due to the many mishaps on its first trial.  However, it shows some promise.   The problem is this.  At a certain popular venue frequented by A*dy and I (but not St Martin’s), you can’t take alcoholic drinks into the auditorium (or nave), but if you go upstairs to the bar for a drink, you can’t get a decent seat when you come back down afterwards.

Thinking about this, I hit upon the approach of taking in a litre of wine  in a French foldable canteen (something I have in quantity for trekking purposes) and comsuming it quietly in situ in good seats. The folding canteen arrangement has the merit of very light weight, and an easily conformable shape, plus eliminating the difficuly of extracting a cork from a bottle of wine without attracting attention. The wine I selected was a very pleasant South Australian Shiraz, available for £10 for 2.25 liters at Asda (in theory this would be enough for 2.25 concerts, but in practice may not even suffice for  2 unless we improve our liquid handling skills).  I heartily recommend this wine by the way  – I was amazed how good it tasted.

All seemed to go well as we settled into our seats – we were in a great viewing position, and as long as we could fight off incontinence, we seemed to be well placed.  I opened the wine unit and started to pour into the plastic cups I had also brought.  My first effort unfortunately missed the cups completely and covered the floor in a thin sheen of cheap red shiraz.  Amid an unmistakable and powerful smell of wine, I succeeded in pouring two good sized shots and passed one to A*dy, placing my own on a small shelf in front of me.  My beaker immediately fell off on to my trousers and then the floor, adding to the substantial pool of wine already down there. As A*dy turned to enquire what was happening, his beaker also fell off, on to his trousers and mine, and the floor.

With the floor now swimming in Asda bev rouge, and our area smelling of a low-rent Queensland winery in the bottling season, our plan of a quiet, semi-concealed and convivial bev was fatally compromised but thanks to good-natured neighbours we were able to settle down to enjoy what was left of the canteen.  In fact with the addition of the fancy potato crisps and wasabi peas I had also brought, we whiled away the two hours (two hours!) until the headline act appeared, very pleasantly.  One of our major topics of discussion over that time was the mysterious inability of the beakers to remain on the shelves.  That this was not just down to our incompetence was demonstrated later when my immediate neighbor’s can of lemonade also fell off the shelf, on to my trousers and his, and of course the floor, making a kind of spritzer effect down there.  In fact we were able to observe bevs of many different kinds make their way to the floor over the course of the evening in other parts of the auditorium.

Summary: Financially this was a break-even exercise (or worse).  My trousers are very probably a write-off and we lost a great deal of wine.  On the plus side the concert was great, and the two hour wait passed way faster than had we been teetotal in that time.  I am currently considering some sort of non-slip base for the beakers, plus taking some  Concertcushions while at the same time considering how to avoid having to arrive at the venue with a trolley for the equipment.