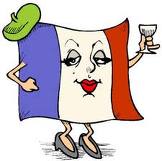 Like many Brits of my age, I grew up with the ingrained belief that French wine was the quality yardstick in the vinibev department.  In fact when I grew up, there was only really French and German available, and the German, being mostly cheap sweet hocks was reserved for Chinese or Indian restaurants.  At university, there was a small variety of Italian reds, going by names such as Poggibonsi, incredibly cheap, and generally sold in 2 litre bottles (it was thought to arrive at Liverpool in jelly form, and be diluted at the docks with something akin to rubbing alcohol).  But the good stuff was French.

Largely, for me, it remains the same today.  I love New World wines, and drink them at least 50 percent of the time, but for structure, and bite, and most particularly for food, I still prefer French.  But they are a strange bunch, these French chappies   For a while, they were really rocked by the success of the varietal New World wines at the low to medium price levels, their Appellation and Chateau naming remaining as impenetrable as ever.  Gradually, however they got their act together.  The Grand Marques started to gain fruit and depth to satisfy the Robert Parkers of the US wine guide market, and at the lower ends, varietal naming and more fruit-driven wines started to appear, particularly from the South West.  Now internationally,  French wines are pretty much back in the game.

To my puzzlement, what has not changed is wine in France itself.  As in the UK (and pretty much everywhere else really), most wine is sold in supermarkets. In the UK, wine from every country (except the UK) is represented,  and if you shut your eyes, put out your hand, and selected a bottle, the odds are high that you would find something eminently drinkable.  In France by contrast, only French wines are represented (occasionally you will find Algerian and Chilean), and if you did the same blind selection, the chances are high you would end up with a bottle that has to be tipped down the sink.  In my opinion this has been getting worse over the last 5 years  or so, in fact to such an extent that I have had my doubts that the average French supermarket buyer knows what a good bottle of wine actually tastes like.  The average wine from the shelves tastes usually thin, harsh and tannic, and with little hint of  fruit. I’m not looking for Ribena here, just something that doesn’t pucker your mouth up too much.

I’ve tried various strategies to improve the success rate.  The first was the obvious one; spend more.  To my disappointment and frustration this had no effect.  In fact I have been amazed at how much one can pay in France for an inferior Bordeaux or Rhone red.  Then I tried selecting only award winners. Now the French are absolutely shameless here in inventing wine competitions only open to French entrants, and in which, despite the attractive prize-winners rosettes, the winners still taste as much like p*ss as as the rest.  Even the vaunted Guide Hachette gives recommendations that are undrinkable.  Now I must stress again, this is referring to French wines bought in France. The better selection of British supermarket buyers, usually gives a way higher win rate for French wine than in their native territory.

I was on the verge of bringing my own wine to France,  when I hit upon a 3rd and far more successful strategy.  I had noticed that while the alcohol content of new world wines was inexorably going up (to 15% and more),  in France they seemed to going down if anything.  The strength of most French red wines is 12-12.5%, or 2-3% lower than many new world wines.  While for the new worlds the wines are getting way too alcoholic, in France it’s the reverse.  So I moved to a strategy of buying only local French wines with an alcohol content of 13.5% or more.  And bingo!  Suddenly every one was a winner.  And I was finding that cepages from France that I had disregarded,  like the Cabernet Franc reds of Saumur Champigny, or Bourgueil were tasting excellently.  The difference is body, and length.  I’m not sure the nose or taste has changed, but the depth certainly has.

So, the question I ask is: what’s going on here?  One interpretation is that I like the taste of alcohol more than wine.  But I am reasonably sure that’s not the case.  I don’t like the taste of spirits like vodka, and don’t drink them (although 10 years ago I  was partial to the odd gin martini).  I don’t like (and tend to avoid) the high-strength new world reds, and I’m pretty sure I can taste the alcohol in them. 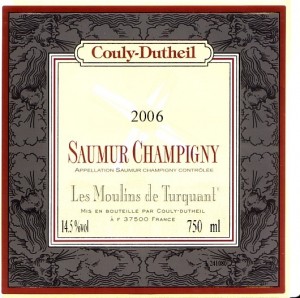 Manifestly it’s the difference in alcohol that identifies the improved  drinkability of these wines, but I hope the French producers aren’t just adding alcohol to the regular stuff (it doesn’t taste that way).  I assume the wines with more alcohol are being made more in the new world style, with more fruit, more sugars and hence more alcohol.  I naively assumed that it was the climate that determined the ability of the french winemakers to do this; i. e.  the southwest producers could do it, but the northerly ones say from the Loire, could not.  But actually, on scanning the shelves, I have found many Loire reds from Bourgueil, Chinon, and Saumur-Champigny with 13.5 contents and above, and they taste great.

So there we have it.  An end to mouth puckering French Wine misery in France at least.  Oddly, it’s quite possible in the UK to find very nice French and Spanish reds with 12-12.5% alcohol contents.  But not in Fronkers.  Alors, vont calculer!

Genuine tip warning!  Like most of us I suspect,  I have never found a printer that was simultaneously reliable, easy to use, and cheap to run.  The main issue has been print cartridges – cheap ones clog the machine or break it entirely, and manufacturer’s’ ones are outrageously expensive.  I have now found an answer…