It’s been a week since we said goodbye to my mother, and I’m coming to the end of a short period of rest and reflection in Madrid.  I wanted to do three more things related to her passing.  The first is to thank all those who via this site, or Facebook, or directly, sent their support in the days after Joyce died.  It meant a lot, and whether you knew Joyce or not, it helped, to know people were thinking of her.

The second is to mention something I didn’t include in my Eulogy at the service – largely because I didn’t think I could have got through it.  But It expressed a great deal about my mother.

On her last day, when she had almost nothing else left, a nurse was trying to get her to sip some water.  I could see my mother moving her lips and I lent forward to hear what she was saying.  It was “thank you”.  Those were the last words I heard her say, and close to the last words she said in her life.  When she was down to the last shreds of energy, she used it with grace and politeness, as she had done her whole life.

And the third is to include the poems that Lauren spoke at the funeral  She followed me in the order, and I had difficulty getting through my part.  Lauren not only delivered her first poem beautifully, she made everyone laugh with the second, and we finished the service uplifted by Joyce’s humour, as well as her grace and love of people.

Do Not Stand at my Grave and Weep – Elizabeth Frye

That’s a very sad poem, but when i think of my grandmother, sad is the last thing she ever was. One of my most enduring memories is of reading A A Milne with her in bed at night when I was a little girl staying with my grandparents. Winnie the Pooh, of course; but especially Now We Are Six.

There was one poem she used to read me – of all our many, many favourites – and it always used to have us in stitches of laughter; because it was about daddy and John. I’d like to read it to you now.

If I were John, and John were Me,
Then I’d be Six and he’d be Three.
If John were me and I were John,
I shouldn’t have these trousers on.

And that is how I remember grandma – always laughing. 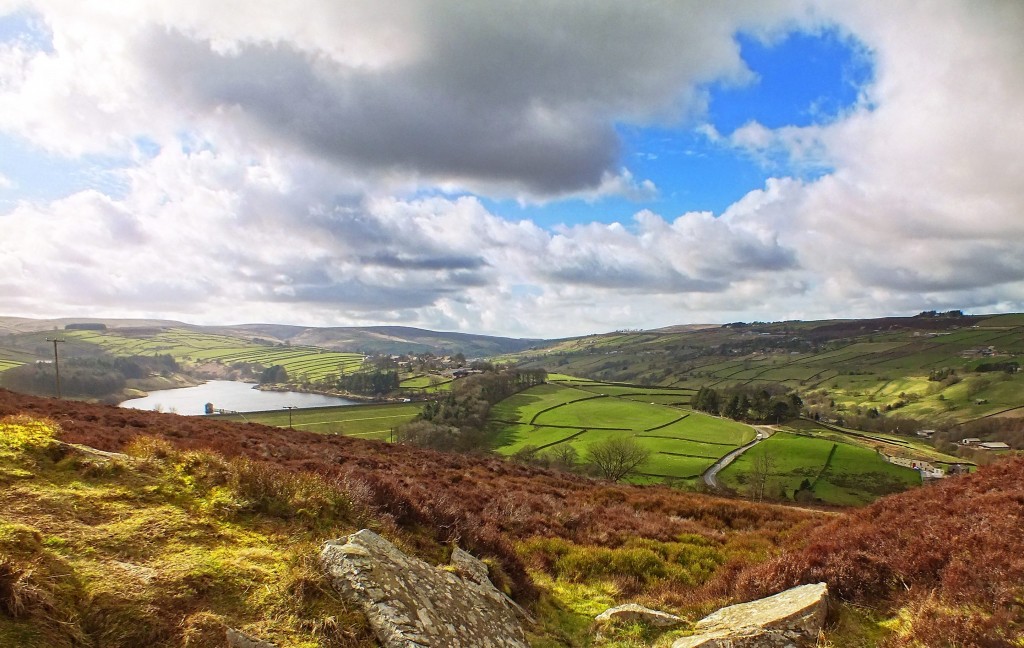 2.  The picture at the top of this post is of my mother teaching me to swim in Penang, Malaya, where I was born, in around 1953.

3.  The picture above, is of the view over Haworth moor from the cemetery where she wanted her ashes laid.

A customs Union with the EU is an attractive option for many Brexit proponents. The only major one concluded is with Turkey. Here’s what it involves…..the following is a description of the deal from it’s Wikepedia page. How do you like this particular bargain, Leavers? Turkey, by accepting the customs union protocol, was giving the…