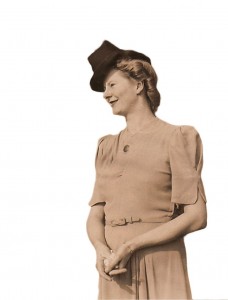 We said goodbye to Joyce yesterday, at the little Kentish church she loved, with family, friends, and colleagues from her life of service.

It was a day of overwhelming sadness and also laughter.  At the very end of a moving service, our daughter read a funny little AA Milne poem that she and my mother used to laugh at 30 or so years ago, and it made us laugh and love her more.

I wanted to mark her passing on this site, and while the words I spoke yesterday for her Eulogy are by no means all I will ever say about this remarkable woman, they reflect accurately what I feel about her.  Here is a slightly edited version.

“Would you like to walk with me along the cliff path to St Abbs”.  These were the words that a shy 16 year old boy from Glasgow said to a beautiful 16 year old girl from Newcastle in the summer of 1937.  The next day he asked for a kiss and started a love affair that has lasted 78 years and is still not over.

We all loved Joyce, and in her turn she loved us back unconditionally.  For the family, we all formed a unique individual bond to her – forged in different circumstances and at different times.  Not only my brother and I in Malaya and in England, but also her grandchildren, who particularly while studying in the UK away from their family in America drew love and support from her.   Joyce read  ‘Now we are Six’ to our daughter as a toddler, and later kept her enthralled with stories of her life in the ATS and Malaya.  So all of us have an individual reason to love and cherish her.

But it wasn’t limited to family.  Here’s one example. Over the last few years of her life Joyce had many wonderful carers who looked after her 24 hours a day.  Now carers are a special kind of person – it’s an intense and quite difficult job, often alone and away from home.  And for many of us, it’s difficult to find and retain good carers.  But for Joyce, our carers used to specially book to come back, months and months ahead, even during the most difficult and distressing of times.    They all have written movingly of how fond they were of Joyce, and how much they loved her.

What was it that made us all  – even people who were not relatives, love her so much?  I believe it was her grace, her kindness, her interest in people, her intelligence, her laughter.  My mother  loved people, she respected everybody, she tried to help people, and she never ever complained about her own pain, or her own problems.  In doing that she set a standard and an example that my brother and I, our children, and our grandchildren all try to follow, and I believe we all have to some extent inherited. 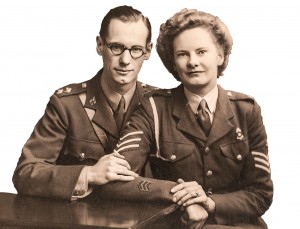 But I think she passed on more than that to us all.  Joyce devoted much of her life to service.  It started when she was called up to the ATS, and became a full sergeant, manning a searchlight crew on the outskirts of London during the blitz.  After John and I were married, my mother  and dad moved to Badgers Mount, and in 1973, she stood for election as the local councillor for Shoreham and district on Sevenoaks council.  That started a 20 year calling in local service, which I think was the full flowering of all she had to offer.

Her intelligence, her quiet authority, her ability to master a brief, and her energy were perfectly suited to the role.  She was good at it, and people wanted more and she gave more.

After only 4 years she became Chairman of Housing, and was elected Chairman of the Council after only 8 years.  Even after she left the council she continued to serve as chairman of Age Concern Sevenoaks, and helped to get the Cobden Lane Centre open.  “It’s so important to help the old people” she said in her 70s, never thinking that she was one of them.  She also was on the board of Halstead Place school for special needs children, and loved it and its students very much.

She also made a significant contribution to geography, being the first to find and name the mythical land of Croynge, that barren tundra formed by the south London towns of Croydon and Penge.  Since she first coined the term we have only ever traveled through Croynge when we  find ourselves in that part of the world.

She didn’t talk much about the detail of her life in local service, but I have found lots of tributes.  One in particular came from a colleague after the end of her term as Chairman of the Council.  He said: “let me thank you for the complete joy of your outstanding chairmanship – outstanding because your effectiveness was absolute, yet completely undemonstrative.”  That I think captures her very well.  There are other more recent tributes – one in particular from a Shoreham resident who said: “Joyce was a wonderful councillor and the only Conservative that I have ever voted for.   A case of the singer not the song.”

Joyce discovered this great talent late in life.  And it’s echoed in her descendants.  It took my brother and I a while to find what we were really good at.  My neice, in her very late 30s, in addition to her talents as a lawyer, has found she is a world class endurance runner.  My nephew discovered in his 30s that he really wanted to serve through being a medical doctor and now he is one.  And my daughter discovered to her surprise (but not mine)  that she is an excellent financial journalist and editor.  All of us discovered a well of talent that we didn’t know was there, and that I think we inherited that from Joyce.  And as her great-grandchildren grow and develop, she is there with them too, and they will also find themselves as she did and we did. 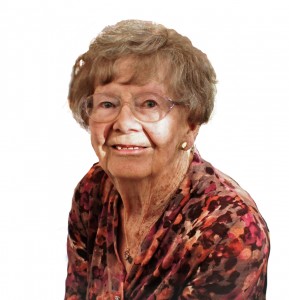 Soon we’ll say goodbye to Joyce for the last time.  She gave quite clear instructions about her ashes.  She wanted one part placed in our Yorkshire family burial plot in the cemetery at the edge of the Bronte village of Haworth, so she could look out on the wild and beautiful Yorkshire moors.    And she also wanted to be laid under the spreading Walnut tree at our family house in France.  A place where for many years she watched the dawn and sunset over the rolling fields, and which she dearly loved.  We’ll be taking her there soon, and laying her finally to rest, but she is not gone.  She is not gone. She is with all of us in our memories and in our actions, and will be there with our descendants far into the future. 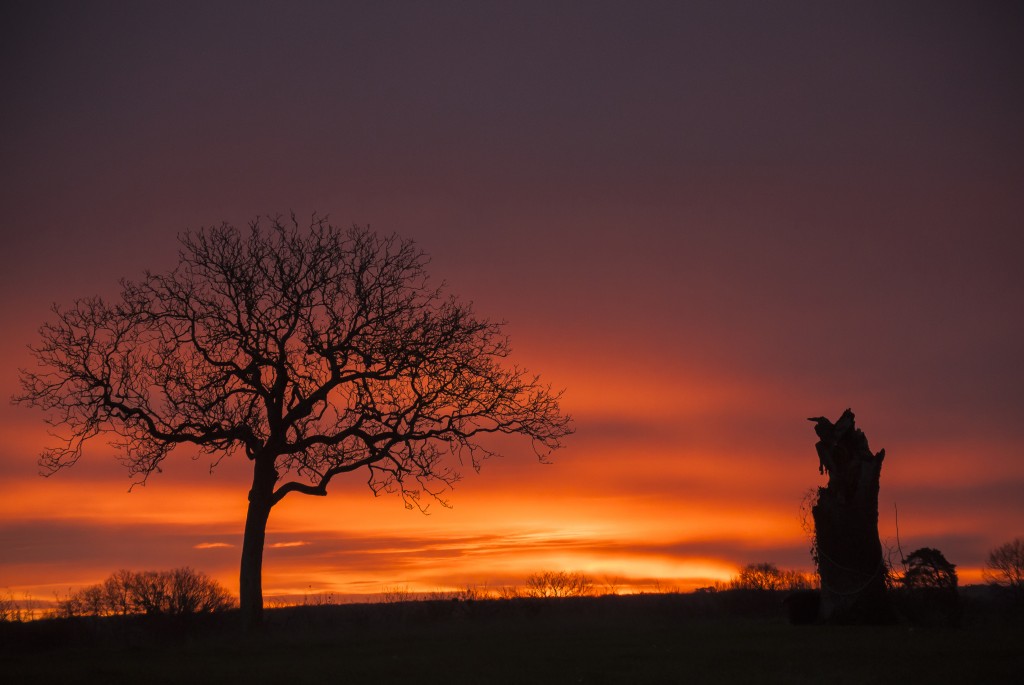 My dear father, Harry McAughtry passed away on 8th February this year, and his funeral was held at the quiet Kentish church in Halstead on 19th February.   As always when he was involved, the occasion brought together family and friends, but this time to share in our loss, and remember his life and his influence…

We are all so sad. On the morning of 8th February, my kind, funny, and wise father Harry McAughtry passed away. A quiet hero for me all my life, he was a beacon of honour, humility, and selflessness. Along with my lovely mother he taught us all how to live, and he taught me how…