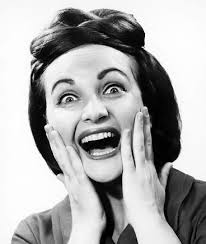 I had a great, almost charmed life as an IBM executive.  One of the things I don’t miss about the company though was the requirement at around this time of year to convey my “excitement at the challenges ahead” to the troops at the new year kick-off meeting.  For the English, a public display of excitement is severely counter-cultural, and to try to whip up enthusiasm in both myself, and my crew of hard-bitten, and fairly world-wise, if not weary UK employees was always going to be an uphill battle. Particularly in the cold and general gloom of late January in Basingstoke.

I never reacted well to the word challenge anyway.  Challenge usually meant to me more bloody irritating people, or impossible situations.  I have never had a problem about getting much better, or doing new things, or learning new stuff.  It’s just that framing a plan for these in such hyped up and confrontational terms seemed patently false.  Particularly since after the stirring invective, people had to trudge home through the fog and rain and get on with their job – which happened to be exactly the same as the job they had before the exciting kick-off.

I have to say that despite this, I usually rose to the occasion and made a reasonable, and hopefully entertaining showing, and actually got a slight elevation in emotional reaction from the UK audience.   The same pitch would have them whistling and yelling approval in the States, so it’s all a purely local and cultural thing.  Thank god I didn’t have to get them excited in Switzerland.

Anyway, one of the huge benefits of retirement is that I don’t have to manufacture alien (to me) levels of excitement.  That doesn’t mean I don’t have goals for the new year.  Oh no.  I have at least three.  I lay them out for you here.

1.  Save at least 3 weeks of time per year by not forgetting where I put the memory machine. 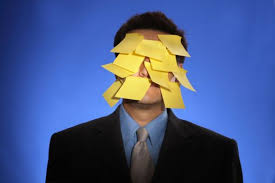 I have always had a bad memory – it was so appalling when I was young that I can see no appreciable deterioration by comparison with now – comforting and troubling at the same time.  I have learned to handle my absent mindedness by various stratagems, such as using a voice recorder  to instantly record when a fleeting thought comes into my head (as it will within another instant be gone forever). This year I have wasted an absolutely stupendous amount of time looking for the bloody recorder –  of the order of say an hour per day on really bad days.  Over the year this adds up to weeks which I could otherwise have spent gazing blankly at the wall.

The whole thing has gone too far.  So I have made this a top priority, where it will remain until I forget it.  A designated collection point has been identified.  When not actually using the recorder, it will always be placed in that point.  To my surprise, on looking now, the recorder is in the designated point.  I have no memory of putting it there.  But right off the bat, that’s another hour saved.

2. Do something about my camera and lens collecting jones. 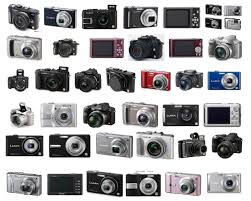 I may need some sort of professional psychiatric help here.  The whole camera thing has got completely out of control, like the problem I had with shirts, shoes, jackets, trekking equipment, PCs, coffee equipment and too many other areas.  For all of these obsessions, I was unable to stop at the level of supply sufficient say for a football team – I had to continue.  The place is bulging with rucksacks, ice axes, unfeasible handmade tan leather boots, coffee roasters and so on.  I realized I was in camera trouble at the back end of the year, when there was no more space on the shelves for the daily deliveries of lenses and cameras.

In November, I actually sold 2 cameras, and 8 lenses on eBay.  However that seems to have made no impression on the available space, and unfortunately I  have ordered a further 4 lenses and 2 cameras since Christmas.  Now I have 5 complete end-end interchangeable lens camera systems, comprising 13 current mainstream cameras and about 40 lenses.  This is too much. I have looked at this in some detail, and there will have to be very significant disposals.  I will have to go back to eBay.    It’s going to take some work but I think I can do it and then then at some point I hope to be able to take some photographs.

3. Return my entire underpant collection to the jockey style. 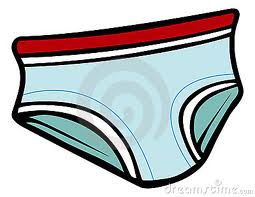 Two helpful notes here.  Firstly, these I believe are referred to as ‘shorts’ by Americans -and right there is the seed of the problem.  Secondly – this goal may not appeal to, or may be too much information for lady readers.

For most of my life until say, 7 years ago, I have worn Y-fronts, or ‘jockey shorts’ as Americans call them (again revealing a hidden nugget of truth right there).  They were what my father wore, they were what was provided to me as a youth, and I saw no reason to change.  But trekking in the Himalayas changed that.  I had become aware of the existence of technical trekking underwear, and researched it extensively, becoming aware inter alia of the entertaining ‘trophy shelf technology’ a technology for entirely different purposes (and also revealing the existence of the “underwear of the week” concept).

For my first three or so serious Himalayan treks, I had an array of the top flight high tech underwear in the bag.  On a trek to Nar and Phu with my great friend J*y however, I was intensely irritated to find that my fancy technical briefs took over 12 hours to dry after washing in the cold and high altitude, while J*ys  M&S boxer shorts were ready to go in about 3 hours flat.  Drying is pretty equivalent to wicking (the carrying away of moisture from the nether regions), so it was clear these fancy technical undergarments were a waste of money.  On returning to the UK I tested a range of cheap boxer shorts against my fancy stuff for drying times, and sure enough, there was no comparison.  So I switched over to boxer shorts for both trekking and daily wear.

Problems started to assert themselves last year however, when I sat through 6 full-length Wagner operas (the Ring and Tristan and Isolde), each about 6 hours long, in the space of 10 days.  Not to beat about the bush, sitting for that length of time required a significant amount of what I shall call discreet groinal manipulation, as the seam of the boxer shorts started sawing its way through the area of the wr*nkl*d  r*tain*rs with every crossing and uncrossing of my legs.  I had noticed the same problem on long plane fights also.  But that summer I had an epiphany, and realised this powerful truth: Boxer shorts are designed for standing (or walking).  Jockey shorts are designed for sitting.  Indeed I now see why the Americans call them “jockey shorts”.  The seam of boxer shorts must operate like a bandsaw across the gonads of a jockey hammering up and down in the saddle.  Very appropriate name for the y-front therefore.    It is noticeable that boxers are mostly standing while plying their trade (if they are sitting or lying on the floor during a bout it generally means they have lost) – again the secret is in the name.

In possession of this almost mystical knowledge, for the last 9 months I have donned the appropriate underwear for the occasion.  I in fact have a range of y-fronts I now know as “concert pants”, that I specifically put on for the Albert Hall, or the ballet.  I don’t make much of a fuss about it to my fellow concert-goers.    But it has transformed the experience for me.

A further revelation has led me to this year’s third goal: while jockeys are also fine for walking, boxers are always uncomfortable for long periods of sitting.  So I will be disposing of my boxer short collection (spread across three countries, so the task is formidable), and replacing them with y-fronts.  I think this time eBay is not appropriate for underwear disposal – neither is burning or charity donations.  I’ll just be stuffing them into empty tins of Moroccan beans in the general waste on a continuous basis through the year.

It’s been a long path from the Himalayas to the Albert Hall, but the improvement in personal groinal comfort has been worth all the hard work and research.  I’m happy to pass the fruits of this research to my readers.  Just don’t expect me to get excited about it.