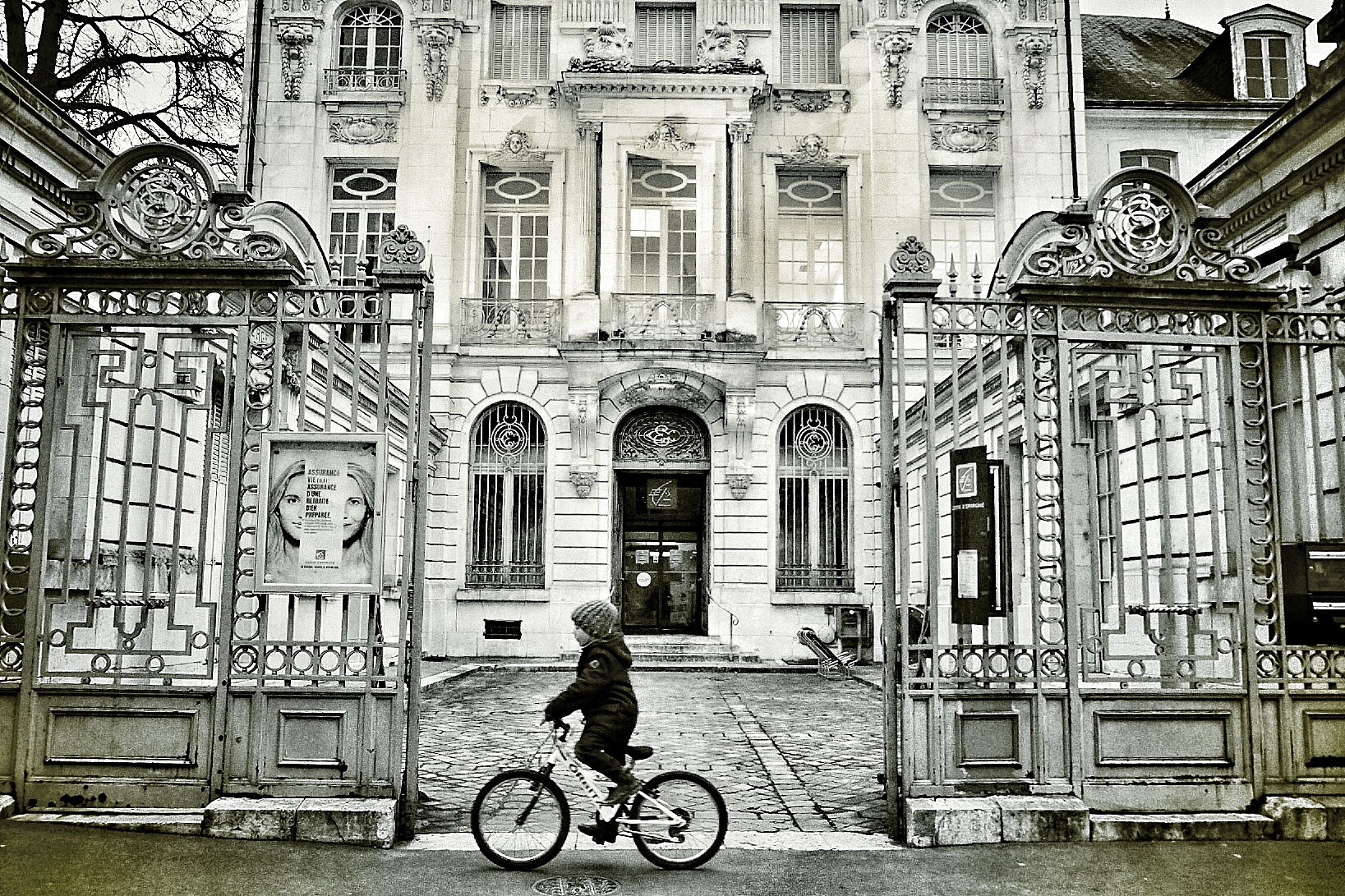 Holed up on a freezing day in a cafe in the centre of Orleans, en-route to the Gary Winogrand exhibition in Paris.  Interesting day in many ways.  I am amazed yet again at the extent the French will put up with extortionate prices.  I have before me a cup of Ceylon tea, for which l’addition is 3.45 euros.  While not an unpleasant brew, it wouldn’t excite attention in a Happy Eater, while the price would irk even tea drinkers at the Ritz.  Wandering round the (very beautiful)  city just now I was also struck by the price charged for hideous items of tat (apparel or bags etc), which would run a max of a tenner in Oxford street – 100-200 euros here.  No wonder they are so disillusioned with M. Hollande.

But there is no doubt it’s a lovely and well run city.  The photo above is of just one example of the hundreds of Belle Epoque buildings that make up the heart of the city.   My admittedly quite smart cafe looks out on a well proportioned square, with a market (second hand books and choucroute) and a kids carousel.  Loitering around the latter just now, I was struck by the familiar tones of the jolly children’s music issuing from the heart of the machine.  Ian Dury and the Blockheads, singing their well known junior favourite ‘sex and drugs and rock and roll’.  If you don’t know the words I guess it sounds appropriately bouncy and perfect for the little mites as they whirl around.

I took the picture with my newest photo plaything, the Fuji X-T1, a camera of unmatched gorgeousness, that is giving me a deal of pleasure at the moment.  And I am producing the copy you are reading now, on my featherweight little Lenovo tablet, with a Bluetooth keyboard.  Touch wood, it’s all working just tickety-poo, and I am really surprised and gratified at this new ability to produce moderately complex posts with equipment that weighs so little.

A while ago I reported to my chagrin that I was going to have to succumb to the dead hand of Apple, as a bit of photo software I wanted to use was only available on IOS.  With a heavy heart, I ordered a new retina iPad, and it duly arrived.  It’s been sitting, unopened in it’s box, balefully winking at me, as I wrestled with my distaste for the whole Apple schmear – and iTunes in particular, which I loathe as much as say, George Osborne.  Then joy, Adobe announced that the Lightroom mobile app  I needed was available on Android!  So the smelly parcel is going straight on eBay and straight out of ma hoose.

That is a task that awaits me when I return to the UK.  For now, a few more adventures, and particularly the opportunity to see the work of the late great Winogrand, one of the greatest street photographers that ever lived, in one of the only two showings of this work in Europe.  Can’t wait, and d’you know – I’m almost (but not quite) excited.

A few observations from the parallel world that is rural France.  Including a literal example of snailmail, the age of the house, and our gorgeous new walls.   The mail delivery service is one of the wonders of rural France.  Every day the little yellow van delivers more useless brochures from French supermarkets, along with…

Over my past 5 years or so of trekking, I have struggled with a way to represent the look and feel of the surroundings and the journeys.  In such extraordinary surroundings, it seemed perverse not to make a record of what I saw.  But the result was often hundreds of images, many of only marginal…

There is an odd feature about life down here.  I can run harder, longer and more frequently than is possible for me anywhere in the northern hemisphere.  My standard route is up to the top of Chapman’s peak drive, a 10k route, with an absolute height difference bottom to top of 200m or so, but…

It pains me to write this, but I suspect that some of the readers of this site have not yet paged through all 60 or so of my recent Otter Trail photos. Or if they have, they may have been so numbed by the experience that they were unable to discern one snap from another. …

Magnificent eating in Rouen the other night – showing that at least in some quarters the French bedrock of technique and flair still exists….   I’ve mentioned before my sadness at the decline of French bourgeous restaurants – something that was the pride and hallmark of the nation in prior years.  Kitchen quality and technique…

Our local hardware shop in France. Notable because of the unsettling greeting of the prop. I will be looking down at some plumbing fitting and he suddenly appears, about a foot away, looking straight into my eyes. I say bonjour, and he responds, but does not move. We maintain eye contact. After an uncomfortable period…