My recent posts of Olympics photographs made me think more about practicality in portable cameras, and also what the absolute ideal would be for me.  The closing ceremony in particular provided a classic example of real-world usage.

Knowing the closing ceremony was going to be visually interesting, and also probably quite low-light at times, I thought it would be worth taking a ‘better’ camera.  I got out the Sony Nex-11 with the kit 18-55mm zoom, and the Nikon D7000 with the Nikon 18-200 zoom.   The Nikon was just way too heavy and bulky to lug around, particularly given the long walks to and from the stadium, so I left it behind – just taking the Sony and the little Canon SX220.

One of my companions at the ceremony was also taking photos, but was a bit more prepared to lug equipment around, so had a huge camera bag with a Canon D450, short zoom, 75-200mm zoom, and a separate HD video camera.  So we had the full range with us, from pocket to full DSLR. 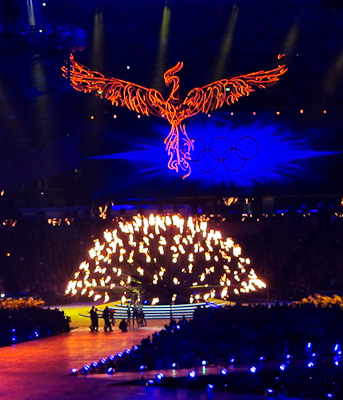 What was interesting to me was what actually got used.  I started with the Sony, but every other picture required more focal length, so I kept switching back to the little Canon.  In the end, I put the Sony away, and just used the Canon.  My companion, similarly started using his big DSLR, but possibly because picking it up, swapping the lenses, and keeping it secure on his lap was cumbersome and a distraction from the fun of the occasion, he eventually stopped using it at all.  So by the end, the only camera that got practically used was the Canon.  It’s quality at ISO 800 is just fine, as you can see from the pictures, and by shooting in manual all the time, I was able to keep the aperture wide and the shutter speed high.  And I am pleased with the results – as ever the best photos were taken with the camera that was actually to hand.

I also used the Canon also for shooting video of the Gandinis.  This was my first time using video from this camera.  I ran it at the full HD resolution of 1920×1080 (1080p/24fps), and the file produced had an amazing bit rate of 35Mbps, or around 4MB per second.  This is the bit rate you would expect from a semi-pro movie camera, and there is no doubt that the quality is excellent.  The shot below is a frame grab from the video, and it is pin-sharp. 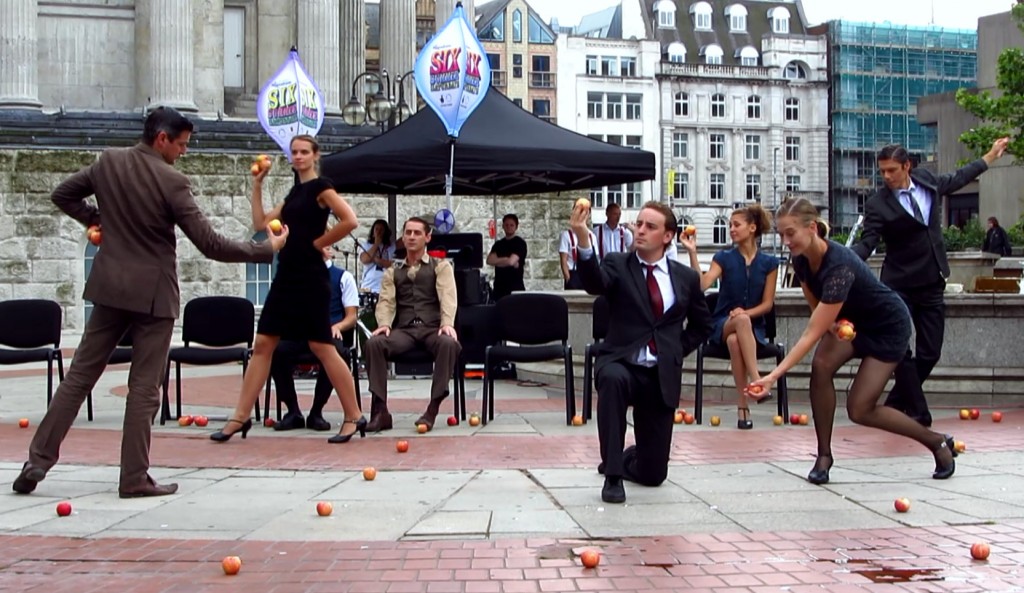 However, the output is in the accursed Apple’s .mov (AVC) format, which is complex and large, so that may account for part of the enormous bit rate.   A 15 minute shot of the Gandinis took up 5GB!   A further example of the dead hand of Apple screwing things up, as any file that size is practically unusable – a 15 minute clip takes up more than a standard DVD capacity, and almost nothing except the horrible Apple Quicktime could play the clip at normal speed. Even my favoured video editing suite PowerDirector 10 could not play it, and PD10 is widely reviewed as the fastest editor in the market.  Interestingly though, by using PD10 I was able to scale the file down to 2Mbps, for playing on the site, and still preserve the quality. I think the alternative format of 1280x720p (720p/30fps) is probably a better bet as it runs at only 24 Mbps.  In general though I am impressed with the Canon’s video capabilities.  The only real issue was battery life – the camera only seems to run at 1080p for 15 minutes before dying.  And on dying it trashes the video file – a double irritation.

All in all though, I am still extremely impressed with the SX220.  The most recent model, the SX240 (or SX260 with GPS) has only minor changes other than a longer zoom, and since the SX220 is available at low prices either new or second hand, I would say it’s even more of a bargain.  Having said that I am eying up a new camera – widely hailed as the best portable small digicam ever, and as close to perfect as possible.  More on this in the next post.