In an earlier post I described why I had to move the technology base of mcaughtry.com.  In this one I’ll cover what I moved it to and why. The reason for this short post is to save a bit of time and effort for anyone with similar problems (or just a desire to create a self-hosted site or blog) and as always, to create a record for myself.

The advent of the semantic web, where content is rigorously separated from layout, formatting, and design, led to elegant but complex systems being needed to build web pages.  In particular Cascading Style Sheets (or CSSs), and templates built on this are complex, and not apparently amenable to WYSIWYG. Although templates were available for MS Expression Web (the MS successor to Front Page), I found customizing them to be painful in the extreme.  This left me stumped for a while.

After a year or two I started to see sites I liked that were built on things called Joomla and Drupal.  These, it turned out, were not just programs for making web pages but complete server-based ‘Content Management Systems ‘, or CMSs.  The approach used by a CMS is very different to a web  tool like Expression Web or Dreamweaver which essentially build static pages.  Instead a CMS consists of a database on the server, a set of instructions or scripts in PHP (the standard server-side automation language), and a depository of content files and CSSs.  When the web site visitor requests a page, the CMS detemines what is being asked for, dynamically creates the page layout, calls in the content from the mySQL database, and serves up the page.  This approach has the huge advantage that the CMS creates the site layout, rather than the site manager having to laboriously build it page by page.  A CMS is a very efficient way to build and manage small to medium websites, and they probably power the majority of these today (Joomla I see claims to power 2.7% of the world’s web sites alone).

The are a couple of further benefits of these systems. The first and most remarkable is that for most of their function they are free.  The main CMSs, Joomla, Drupal (and WordPress which I’ll come to later) are all created under open systems licenses by amazing world-wide teams of CMS enthusiasts.  Unusually for free code, the platfoms are stable and reliable, and fully capable of running operational systems.   All of these CMSs are designed as platforms, in that they are extensible with plug-ins, themes, and templates. These add-ons are a mixture of free and commercial, but even the paid-for items are low enough in cost that they are affordable and usually come in for less than the price of a quality web tool like Expression. 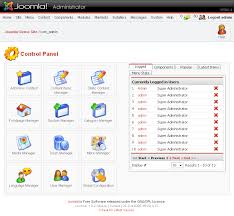 The second major benefit is that CMSs are all menu driven.  Although this can be laborious, and the menu structure can be a little difficult to figure out to start with, the huge benefit is that its much harder to make coding mistakes. The system does all the coding and ensures it’s consistent. And once the structure is built, adding content is incredibly easy. This last feature is the most important for me.  On the old site, every web page was an effort. By contrast, I wrote this on my Asus Android tablet, offline, lying flat on my back in the early hours of the morning in our place in France .  later that morning, when connected again, I uploaded it to my site, added graphics, and it was ready to go.

The CMS I chose ended up being WordPress , the world’s most popular blogging platform.  Originally this was purely a tool for bloggers, but it was constructed internally as a CMS, and more important, it grew to a huge base of over 30 million users, which makes it the biggest CMS platform as well.  Because it was very well designed and built, it actually makes a great CMS, but also one which has terrific blogging capabilities, and an enormous range of plugins and template because of it’s giant installed base.  My web site is currently set up as a blog, but over time I will be adding static web pages more characteristic of a standard web site.

One of the rules of a blog is to keep the content short, so at this point I’ll stop.  In a further piece I’ll outline how I got started with WordPress, and how I am using it today.