A while ago I happened across the wonderful Gandini jugglers.  Looking them up I found that their next performance was in Birmingham on 26 August (2012).  Armed with my new senior railcard, I went up to see their whole show ‘Smashed’.  Here are a few video clips  from that performance. Totally wonderful.

Although that’s what they call themselves, I don’t think the description ‘jugglers’ does the Gandinis justice.  It’s more an intricate dance coupled with deadpan jokes and wonderful music.  And juggling.  Really great juggling, made to look effortless and which flows into the dance in a seamless and flowing ryhthm.  In fact ryhthm is a lot of what it is about.  Just notice how all the dancers are in time to the music, and how in particular, they end each piece.  Their influences amongst others are Pina Bausch and Merce Cunningham, and it shows in this performance.  The Gandinis seem to run to up to a dozen performers, but at their heart are Sean Gandini, and his partner Kati Yla-Hokkala.  They are each mesmerising.  See if you can pick them out in the following clips.  if you can’t, I’ll reveal them in the final link.

I always wanted to waltz in Berlin

An inspired choice of music, as with ‘I like bananas’ in the earlier clip I posted.  This is very Pina Bausch, but  funnier, shorter and (imho) more skillful .  And the juggling gets more fluid and slightly more complex as the piece goes on.  This is a 45Mb file by the way.  Click the ‘play’ arrow, and the blue bar will indicate downloading (move the cursor a little if it stops showing).  Then click the ‘play’ arrow again, and it should run.  It’s in 720p HD, so if you click the little expansion icon on the far right, it should play full screen should you so desire.  Enjoy. 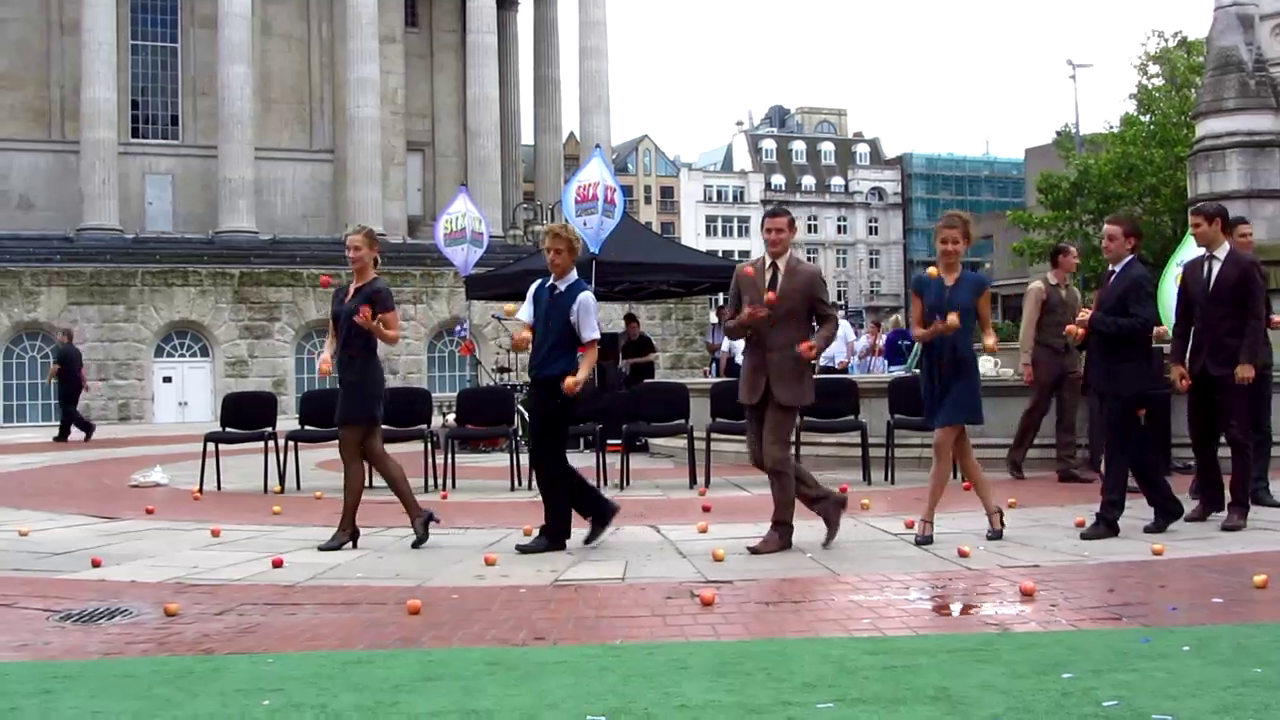 As with bl**dy ‘I like bananas’ I now cannot get this tune out of my mind. It was written and sung by  British/American bandleader Jack Little (who also plays the piano).  It sounds like a mitteleuropa song of the interwar years, but it was actually written in 1943, and is about the Americans going to win the war in Europe and in the process invade Berlin.  The words are actually rather snarky as his pronunciation of ‘joi-man-ee’.  So jolly good all round.

One of the reasons I took more video this time was that so much is going on, and that’s represented really well in this slow, but complex piece.  This is like a Matthew Bourne dance with juggling (and more humour) – every player has a continuous and separate role, and indeed a little sub-story.  You just can’t grab it all while watching live.  Take a look and see what I mean. 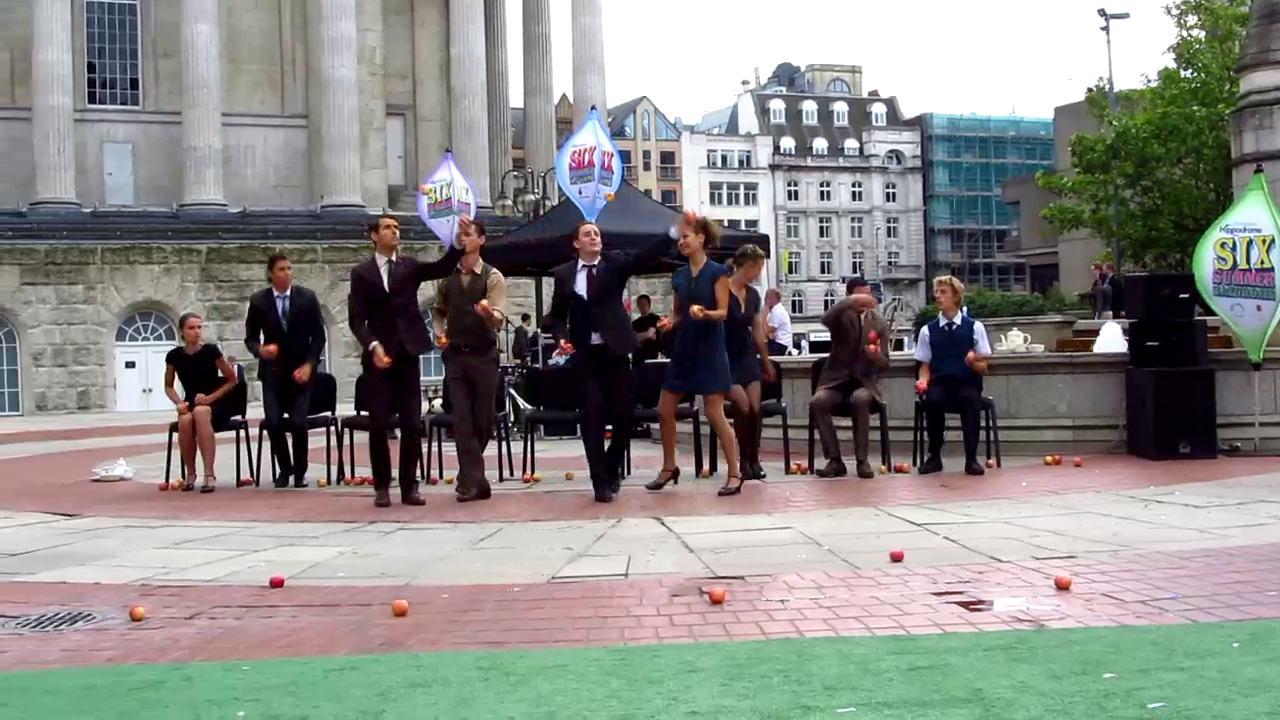 The end of the world

This starts to show the darker and somewhat more violent side of the Gandinis. The show progresses from here to complete anarchy and destruction (really), but you’ll have to go and see them live to find out how.  The song is one you’ll recognize, but I had no idea who wrote or sang it.  A quick look reveals that it was written by Arthur Kent with lyrics by Sylvia Dee, and was made a huge hit by Skeeter Davis in 1963.  But I am pretty sure this version is by Loretta Lynn – and it’s much more poignant than the original. 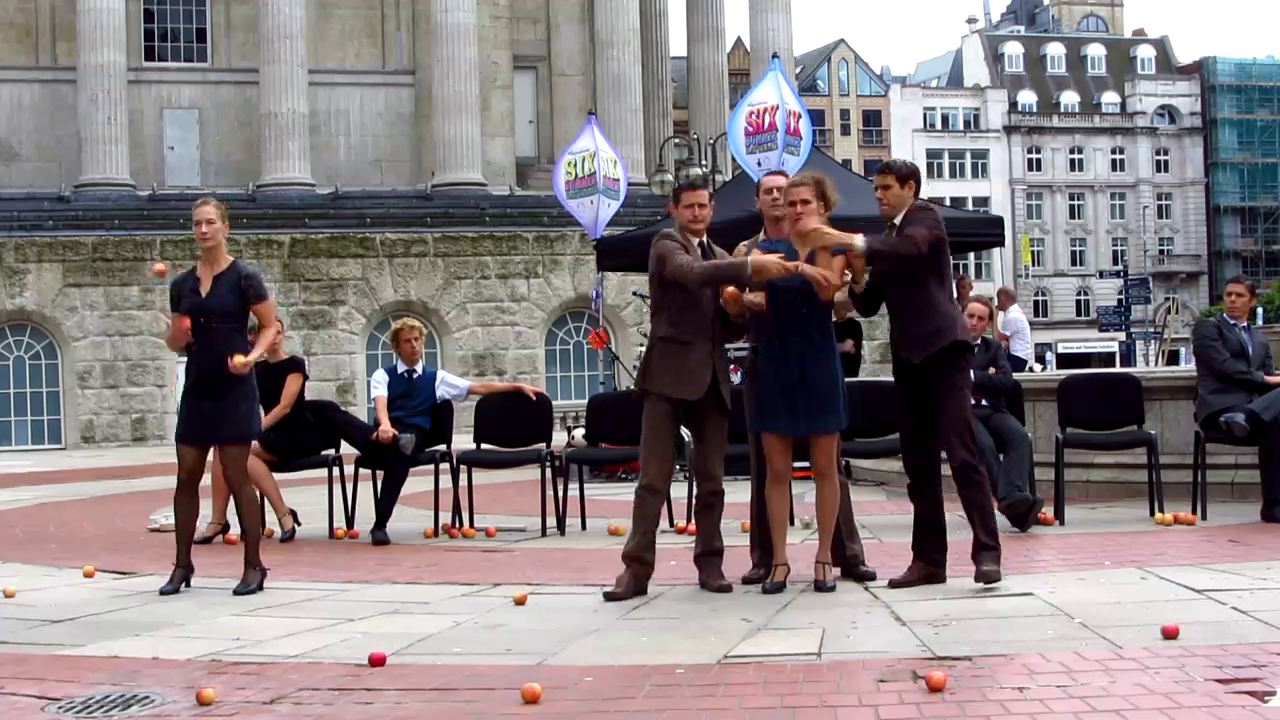 You’ll have gathered that I am completely enamoured by the Gandinis.  I urge you to go and see them – and I post again this link to their site, with their upcoming dates.  They have many other shows, and I really want to see more – as I find details I’ll probably also post them here.

Oh – finally, which ones are Sean and Kati?  If you didn’t identify them in the clips above, you will be able to from this next link.  They seem quite a starred couple, and  I guess their love story was or is or should be famous. They show part of their relationship in a typically quirky, honest, beautiful and short piece here.

In the 20 years before the first world war, Hungary produced an extraordinarily high proportion of the worlds greatest ever photographers.  Robert Capa, Brassaï,  André Kertész, László Moholy-Nagy, and Martin Munkácsi, were all Hungarian, and all born between 1894 and 1913.  Their  work and history is shown in a seminal exhibition at the Royal Academy, which I urge…

[singlepic id=154 w=320 h=240 float=left] Some of the rarest and most exquisite works of art in London can be found not at the major galleries, but at Christie’s or Sotheby’s.  Exhibitions here can be fleeting, and unique, as great masters pass from one super-rich owner to another.  This weekend only, at Sotheby’s there is a…