In a previous post I ruminated on the oddly poor quality of French supermarket wine (and there is not much else these days).   Sadly, the same is true these days of the once classic bourgeois cuisine that made eating at French roadside and small town and village restaurants such a joy (particularly compared to the UK).

Actually, despite a favorable tax regime, village restaurants, along with village boulangerie, and bars are pretty much an absent species these days.  Only those establishments that are heavily subsidized (like the bar/restaurant in our local commune), or with such low overheads that there is no food to speak of, can survive.   The situation is better in small towns, in that more restaurants exist, but sadly, within a 50km radius of our place, where in the ’90s (and before) there were dozens of places to choose from that offered fabulous, simple food, and great value, now there are effectively, rien.  Rien you say?  Sacre bleu!!  But sadly this is true.  Not that restaurants do not exist.  They do.  But the quality of food provided is so average, that it is often not worth wasting the time, distance and money to eat at them.

In that earlier post on wine, I wondered if the French knew any more what a good bottle of wine tasted like – since almost everything you could buy in a supermarket at a medium price was barely drinkable.  Incredibly, I think now the same may be true of food in French restaurants also.  The other day I found myself in one of our nearest large towns – Chatellerault.  It’s about the size I would say, of Gloucester, or Tonbridge (or White Plains, or Durham NC).  I wanted a quick and interesting lunch, and had drawn a blank before – but this time went to the place with the most cars parked outside (maybe 80-100 cars – shows you how big this place was).  This was in the outskirts of the town, in a Zone Industriel, with a big cachement area.  It was heaving with customers, but service was extremely efficient.  And the food was bland – uninteresting, unimaginatively and basically prepared, with minimal technique or skill.  There was a huge buffet (almost mandatory these days) as an appetizer.  It consisted of chopped tomatoes, sliced cucumber, tinned carottes rapees, and so on – basically, school dinner material.  The plats were the same – school dinner material  with chips, and either stewed or grilled meats, and what looked like boiled fish.

Now this is OK for fuel – but it is a long way from the simple, classic and beautiful food that you used to get everywhere in France.  Sadly, it is representative of everywhere I go looking for a lunch for less than 15 euros or so.  Not just in my own area but in large swathes of rural France.  And the point I want to make is that – all the diners were quite satisfied with it.  They have been gradually worn down as have the restaurants themselves, into a bourgeois cuisine that depends on cheap produce, with minimal skill in the kitchen, and minimal wastage.  This drive to stay viable results in another problem –  the French restaurant tendency to corral patrons into a  full 3 or 4 courses.  If the food is great, then that’s a bargain.  For for school-dinner food, it’s just piling one indifferent course after the other – more food, of less quality, for more than you want to spend. 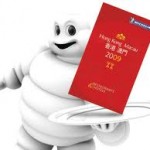 Now, don’t get me wrong.  At the high end – in the Michelin domain (either starred or multi-forchetted) French restaurants are still superb.  I think in fact the quality of a one-rosette Michelin in France is higher than that of  an equivalent rating in the UK.  And in cities like Paris, Marseilles and Nice for example the situation is different.  It’s at the day to day level in the deserted countryside that there is a problem.

And in any event, these days I don’t often want and can’t really face the huge amount of food and the whole afternoon that going to to a Michelin establishment  demands.  So it’s a one or twice a year occasion, as opposed to once a month as it used to be.  I’ll come back to the quality of French restaurants at the high end in a future post – including a meal at La Promenade in Petit Presigny – one of my top 10 in the world (and only a humble 1 rosette).  But in the meantime, I am faced with a really significant problem: what am I to do for lunch?

This may not be a major issue for some – but I have always regarded a duff lunch (or worse, no lunch) as a major if not gaping hole in the day.  Life is too short to waste it on inferior lunches, and I calculate I only have around 11,000 left on an optimistic outlook.  They need to be good lunches, even great, every day.  In short I cannot and will not eat boiled food unless it has been very well boiled.

By the way, eating a good lunch does not mean a lot of food.  The joy of London is that I can (and do) eat a single course at a great restaurant, for modest outlay, and not gain weight, or eat badly. So what to do in France?  There is only one alternative.  Make lunch myself.

As a basic foundation, lunch here must involve highly processed pork products (for me, pork is only for lunch, not for dinner).  So charcuterie is the core ingredient.  And the second critical ingredient is fresh vegetables, or crudite.  This combination, made with as far as I can tell identical ingredients, tastes looks and feels wrong outside of France.  But by some strange alchemy, when simply and freshly made here it is  hard to better.

Below I show some snaps of four lunches from last week.  All were freshly made – nothing bottled, or prepackaged. No great shakes – simple food –  taken with a  French beer in the shade outside.  And sadly an offering that is as anachronistic as the Renault 4 (which fortunately is still to be seen in front of you round here, driven at 50 km/hr by old men with flat caps and huge ears).

To see the contents of each dish, press the small ‘i’ button in the top right hand corner (and press again to get rid of the text). To see the snaps full-screen press the ‘full screen’ button  (and ‘esc’ when you are done, to get back to the post page).

Having put up a few pics of the recent Otter trail, it’s time for a proper description of the trip.  M*rt*n, who organized the whole thing has written a magnificent account of the trek, which I present here.  My thanks to him for this great write-up and for arranging the whole expedition  (plus 1200 kms…

Those that prefer plants turn your eyes away now – This steak is medium rare! We finally got to sit down at the Chickadee and hubby Mr K’s steakhouse last Friday, and a very pleasant evening it was too, defined by the awesome steaks and other fine food on offer.  Shown above is the 1kg…

Magnificent eating in Rouen the other night – showing that at least in some quarters the French bedrock of technique and flair still exists….   I’ve mentioned before my sadness at the decline of French bourgeous restaurants – something that was the pride and hallmark of the nation in prior years.  Kitchen quality and technique…