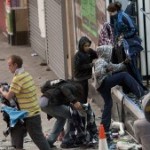 In all the middle-class hand-wringing about the riots, the universal refrain is that the looters are not like us.  We look at them as though they are from a different planet.  I wonder how true that is.

Thinking about this lately, it’s occurred to me that absolute honesty, or even morality, is not a given for most people.  Honesty might be more of a habit enforced by society, and by the risks that dishonesty brings.  And the significant problem that we face is that the penalties for dishonesty are less and less apparent, as witnessed by egregious and apparently unpunished behaviour at the highest levels of public life, coupled with low risks of punishment for crime, and people with increasingly little to lose, on the street.

You might throw your hands up and say; I’m honest!  But let’s look at a few examples. If you lost your mobile phone in London, or your wallet, or handbag, what would you rate the chances of getting it back?  I’m guessing your answer would be in the range of 0 to 50%.  Or to put it another way, you assume that more than half of the people who would find it will be dishonest. 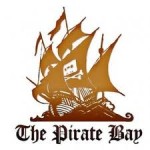 But that’s them – the grimy people who travel on the bus, tube, or train.  OK, so let’s look at us.  I would guess the vast majority of people I know have illegally downloaded or copied CDs or DVDs, bought bootlegged ones, or been complicit in watching or listening to them.  Why do we do that?  Firstly, I suggest because there are almost no penalties.  Second, because the real article is usually quite expensive.  Thirdly, it doesn’t hurt anyone you care about.  Hmmmm.  So what exactly is the difference between illegally downloading a DVD, and stepping over the threshold of a looted shop, and picking one up? Not much I would suggest.  A flat screen TV?  Now we are just talking about the price.  And this petty dishonesty is not about need.  No-one needs the latest series of Mad Men, anymore than the looters needed Nike trainers.

While we are at it, who among the ranks of the currently middle-aged and honest tut-tutting at the riots, didn’t do things they are now ashamed of when they were young?  When it wasn’t clear what it was you had to lose, and the rush of testosterone (and wherever it is that makes teenage girls do crazy things), took over. Not many.  In fact, when I was in my teens, people who did absolutely nothing wrong, were regarded as boring, and slightly weird.

On the other hand when I was growing up, the lack of real exposure of the seamy side of the establishment (except from the occasional Profumo scandal, invariably followed by downfall and redemption) meant that the establishment, while dull, usually looked worthy, and honest.  Not so today. In the 21st century what passed for role models turned out to be dishonest also.  From the the Catholic church, to trusty bankers to British MPs, to our newspapers (not just the Sun), and police investigating them, they all were looting the system.  And precious little downfall, and zero redemption has been observed from these establishment scum.  No imprisonment either.

Failing the means to loot the banks, or the parliamentary expenses system, and seeing a penalty-free opportunity,  looters turned to what was handy when the occasion arose. The looting started in earnest when rioters in Tottenham saw massed ranks of police take no action as they attacked shops.  Word spread and high streets became a giant, violent TkMax, with no check-out.

Reprehensible, and wrong, yes.  Something must be done of course.  But lets not pretend these people are a race apart.  They are not.  They are what Britain is now, and probably always was.  A society in which honesty is an option, a prudent strategy for the middle class, not an absolute moral position.  I suggest the ‘decay’ observed by pundits  is not in some mythical decline in morality, but in the clear and public evidence of the lack of consequences of dishonesty.

If this analysis is true, taking a high moral viewpoint is not only hypocritical for many MPs, who had their noses at the trough, but not very practical either.  The balance needs to be tilted in favour of the pragmatic incentive to be honest, not platitudes, and ‘war against gangs’ as in Cameron’s opportunistic rhetoric.

Tilting the balance requires two things.  Firstly it requires real and visible penalties for the scrotes who fiddled their expenses,  bankrupted the financial system, or illegally spied on people.  Of all the outcomes that result, this is of course the least likely.  Some sacrifices may be made – if expedient – but does anybody expect James Murdoch to go to prison for perjury in the Tommy Sheridan case?

Fixing the problem also, sadly probably requires  Bill Bratton-like toughness on the streets.  In the ten years to 2009, the proportion of those convicted of serious crimes that went to prison dropped significantly for burglary (down by 30%), theft and handling stolen goods (down by 18%), and criminal damage (down by 17%).  If  convicted only 45% went to prison for burglary, and under 20% for the other two.  That’s if convicted.  In 2006, for burglary, the conviction rate was under 10% of the reported offences.  So if you commit burglary, you only have a 10% chance of being convicted, and if convicted a better than 1 in 2 chance of walking away without a prison sentence.  Sounds like pretty good odds if you don’t have much to lose in the first place.  Violent crime is also a commonplace here – UK has a higher rate of violent crime than South Africa (although a lower murder rate by a long way), at around 2 per hundred of population in 2009.  Hospital data indicates the actual rate is double that, although declining. It’s surprising really we that don’t have more riots.

Bratton’s approach (the best example of which is in LA, not NYC) was to prosecute even the smallest crimes (the ‘broken window’), in the belief that if you allowed a penalty free environment at the low end, you promoted more serious crime all the way up the scale.  I’m not sure I would like to be policed the American way, but I worked in New York before,  and after the Bratton era, and I know which one I preferred.

In our bumbling, British way, I doubt that much will really be done in changing the risks of dishonesty either in the establishment or on the street.  But as we lurch into the next crisis, it’s worth remembering that there has to be a reason for honesty to be the best policy – and given everyone’s potential to be a bit larcenous if the opportunity arises (and the risk is low), looting at all levels is likely to continue without one.