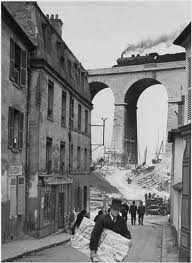 In the 20 years before the first world war, Hungary produced an extraordinarily high proportion of the worlds greatest ever photographers.  Robert Capa, Brassaï,  André Kertész, László Moholy-Nagy, and Martin Munkácsi, were all Hungarian, and all born between 1894 and 1913.  Their  work and history is shown in a seminal exhibition at the Royal Academy, which I urge you to see, whether or not you are staying in London.

You may think that Capa and Brassai don’t sound particularly Hungarian, and you would be right – many Hungarians changed their names for  new lives in Paris, London, or America.  And this is reflected in the photographs, many of which don’t have an Eastern European feel at all.  Instead, these emigres developed a new and international vocabulary for photography, from street shots, to fashion, and to the reality of war. Many other photographic greats stayed behind in Hungary.  Károly,  Escher, Rudolf Balogh and Jószef Pécsi all created world-wide reputations, and created superb photographic images along the way.

Looking at the show in some awe, one of the questions that kept recurring to me was this: could this level of influence in photography, from a single generation, and a single country ever happen again?  My answer I think is sadly no – as someone of my age (for whom there are few new jokes, tunes, or proverbs) would be likely to say.  This incredibly talented and driven (in a geographic as well as a personal sense) group operated only 30 years after  photographic film was invented (by George Eastman), and right at the onset of the hand-held Leica era.  Ground was waiting to be broken, they broke it, and those that did so stand alone and unique.  A photograph taken today, in the same style, or with the same subject would be interesting but not ground-breaking.

That’s why for me, every one of the photographs in this show at the RA merits long study, as opposed to the work of more contemporary photographers, which usually only gets a measured glance before  I move on. 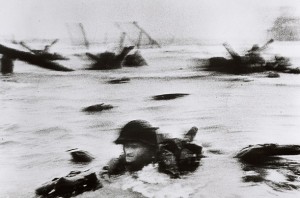 There seems to be something about the visual arts and Hungarians.  Emigres in Hollywood have received more than 136 Academy Award nominations and about 30 Academy awards up till 1996.   Colin Ford, the RA exhibition curator, partly attributes the Hungarian’s photographic success to the isolating effects of the unique Hungarian language, and certainly many of these men could not easily communicate in other languages – throwing emphasis on the visual as a means of expression when they ventured abroad.  Their visual skills were also honed on cameras from their teens – apparently almost all Jewish boys in pre-war Hungary  received a camera at or around the time of their bar-mitzvah.   Whatever the reason for the visual genius of the Hungarians, it has led this summer at the RA to an almost perfect display of a singular moment in photographic history. The exhibition ends on 2nd October, and it’s really worth a visit.

I got a reinforcement of this notion of singularity at  the new exhibition of photographs by Thomas Struth at the Whitechapel gallery. Thus is an arresting show, which is surely worth seeing.  But to my eye, the interest comes from a single viewpoint; that of the massive size of the photographs, and their uniformly true perspective lines. Some of the shots, such as the monumental one of a North sea oil rig are genuinely unique in that they provide an image almost exactly as you would see it if you were there, but frozen in time with the ability to take in and absorb all the minor details. Minor elements such as a cyclist stopping to fix his bike and the auxiliary gear in the harbour stand out  as at the same time the hawsers and cables draw you in to the  the looming bulk of the rig. 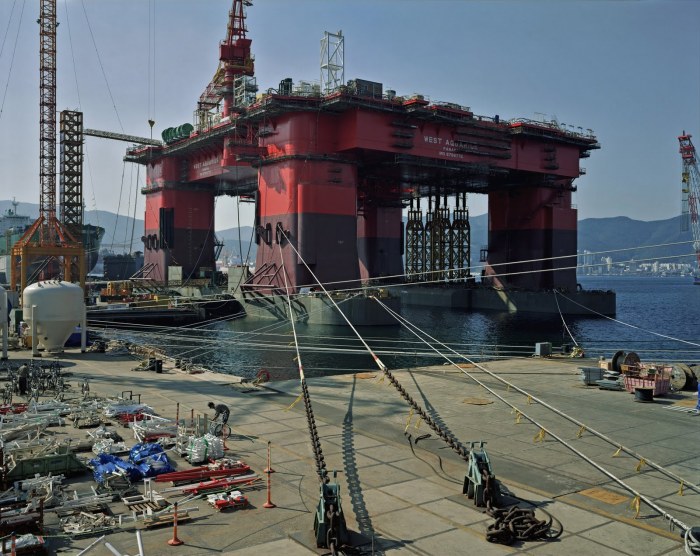 Struth (or in Australian, strewth) is of course a piece of Cockney slang, being short for ‘God’s truth’, and is usually uttered while stepping back in awe from some impressive scene.  As you would be here in fact, but surprisingly the word does not appear in the exhibition catalogue. What does appear is acres of plonking text, none of which mentions the very simple fact that these photos are mainly interesting because they are bl**dy huge.  When seen in snap size, in the catalogue thumbnails, the images are unremarkable, some even banal.

Struth’s work is different but only in dimensions, not in viewpoint.  Its a limited exhibition, and of it’s 20 or so shots, I would have said 5 or so were worth the visit.  I recommend the show still, because these 5 are superlative, magnificent shots, on a scale which you won’t see that often. Not ground breaking like the Hungarians, but then their kind of influence comes but once in the history of the art.

A while ago I happened across the wonderful Gandini jugglers.  Looking them up I found that their next performance was in Birmingham on 26 August (2012).  Armed with my new senior railcard, I went up to see their whole show ‘Smashed’.  Here are a few video clips  from that performance. Totally wonderful. Although that’s what…

[singlepic id=154 w=320 h=240 float=left] Some of the rarest and most exquisite works of art in London can be found not at the major galleries, but at Christie’s or Sotheby’s.  Exhibitions here can be fleeting, and unique, as great masters pass from one super-rich owner to another.  This weekend only, at Sotheby’s there is a…