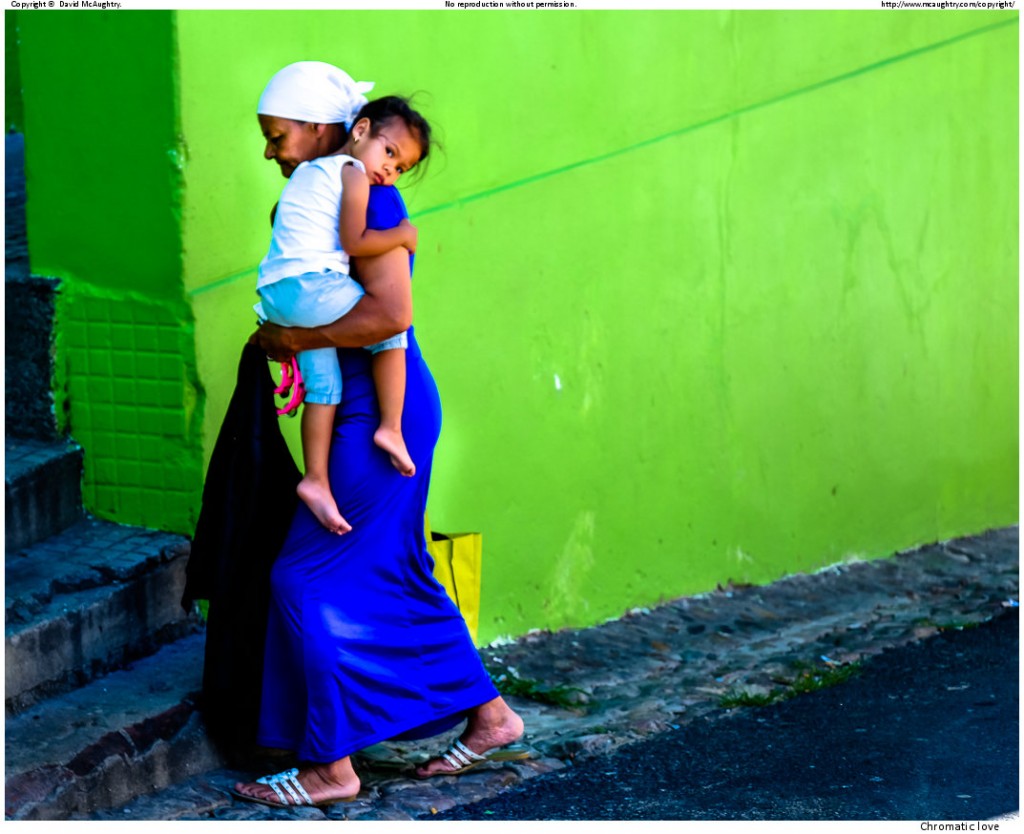 Taken in the Bo-Kaap district of Cape Town.  The walls are really that colour. In fact I turned down the brightness and saturation for this shot.

The area is very well known, but the residents can rightly be a bit prickly about being blankly photographed as though they are in some kind of zoo.  I wanted the shots I took to express some of the place’s humanity and normality without intruding, or snooping.  More to come, but I’m still working on it.

This shot is one of the rarer ones that I am putting both on Flickr and here.  In general my Flickr audience do not seem to like street shots as much as landscapes.  But they do love colours, and this photo could be regarded as a study in shape and colour as much as an expression of love and protection.  So we’ll see how they like it.  More from the series I took and other street and beach shots from Cape Town will be mostly here though.

“A vacation is an occasional pleasure but a Ducatos is always a smoke”. A rough smoke, agreed, but at least it’s handy. Taken outside CentroCentro, Madrid, with credit to Rudyard Kipling for his (no longer PC) original line. (Visited 10 times, 1 visits today)

A photographic study of the crab catchers – all women –  of Kep on the Cambodian south coast.       Following our exciting adventures in Myanmar, the CD and I traveled on to visit our dear friends M & P in Phnomh Phen.  I had wanted for some time to visit old French colonial…