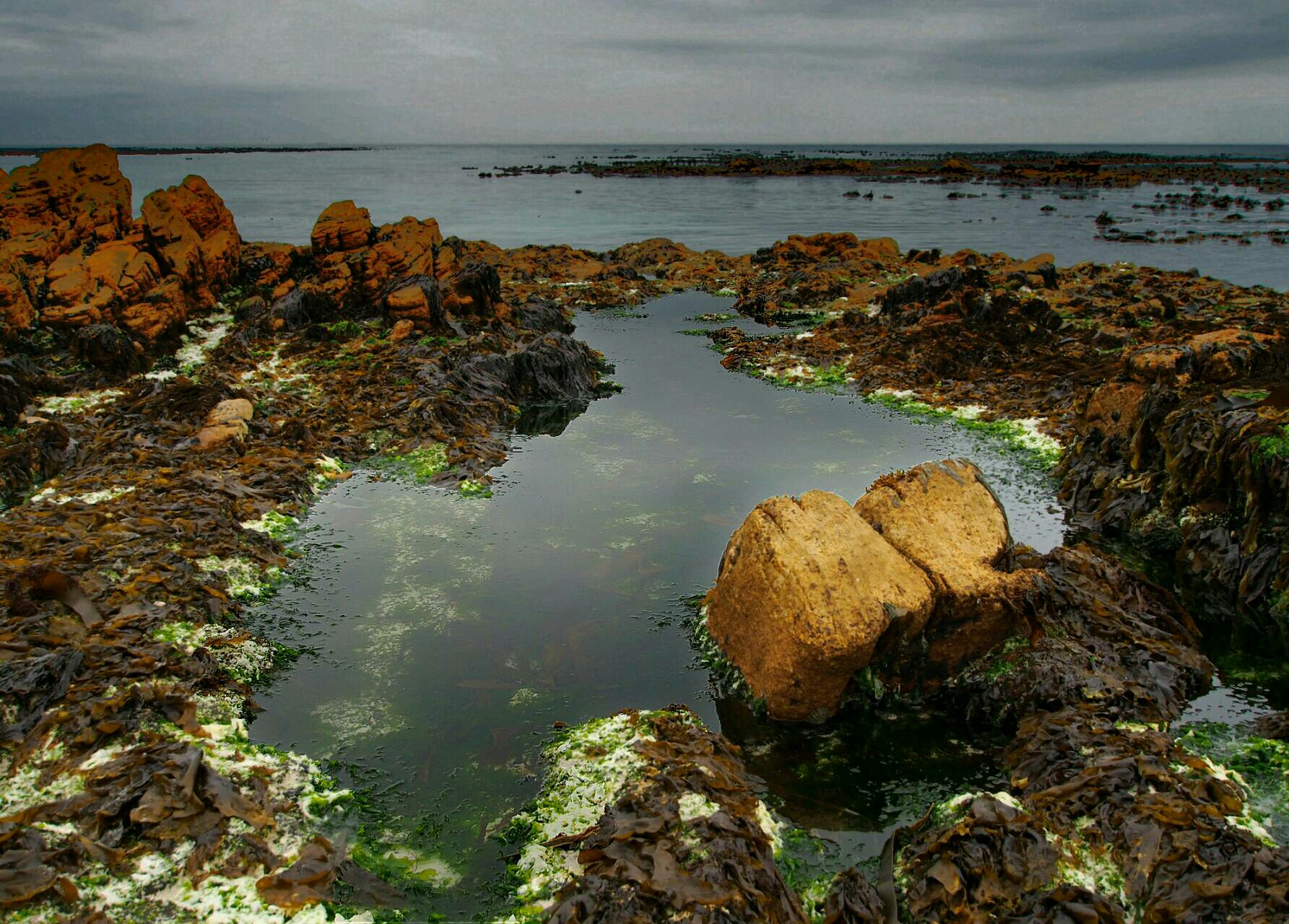 A morning walk with M*t*n and P*tt* on the beach at Kommejtkie.   Walkers, surfers, dogs f*cking, families, loners, getting a mild dose of pre-breakfast exercise, on an uncharacteristically cold and grey strand. Later I went for a run on Noordhoek beach, 6km over. I had driven back, changed, and then started from the other end of what is a huge 8km long beach. Heading out I met many of the people I had seen earlier in Kommejtkie. They had ploughed on, and I wondered if they were puzzled how I had both overtaken them and mysteriously changed into running gear. They and I remained impassive, as we churned past each other though the sand and surf.

Above is today’s shot, taken in the morning on Kommejtkie beach. This time it is processsed in Photoshop touch for Adobe. The image uses three blended layers, really amazingly sophisticated for an Android app. Adobe, who make this code, are leading the way in mobile apps. Their best new stuff is on Apple. Shock news, I am going to have to buy an iPad. A report will follow soon, once the awful deed is done.

The penultimate set of photos from this trip.  Our last two destinations, the amazing temples of Bagan and finally  the transcendental Shwedagon Pagoda in Yangon.     After hightailing it out of Mandalay, we moved on to Bagan – equalled only by Angkor Wat in Cambodia for the number and beauty of its temples.  In contrast…

Today’s photo:  Boat and mill at Nalliers. An abandoned fishing boat tied up opposite the old mill in Nalliers, in the Vienne area of France. The river Gartempe cuts its way through some very attractive country, and it is studded with villages like Nalliers at it’s crossing points. Shot with my new Olympus E-M5 Mark…

The scene in Cape Town the weekend after Mandela died – when the great and good of the ANC came out before the TV cameras, and others silently watched.         Nelson Mandela died on Thursday 5th December 2013, at a time when we happened to be in Cape Town.  His death occurred…

Another photo essay, from a recent visit to the USA.  I’ve just got back from a 2,000 mile road trip from Austin to New Orleans and back, with my old friend *ndy and his delightful DLW, D*.  We were hitting multiple music festivals on our route (of which more photo series to come), and as…