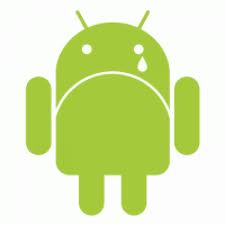 Google’s Android problems with Microsoft and GNU might seem bad enough.  But they are chickenfeed compared to the trouble they are in with Oracle...

In the prior post on this subject, I covered Google’s troubles with Microsoft and the Linux license.  I described these as relatively benign, although the problems may have seemed (and are) quite severe.   That’s because in both cases, it’s likely that a reasonable application of licensing fees will resolve the disputes. The issues outlined in this and the next  post are far more serious because the other two organisations attacking them have no intention of being reasonable.  There is a lot to cover in this topic, so I will handle Oracle in this post, and Apple in the next one.  I am assuming that you have read the previous post – there are some concepts outlined there that will be continued here. 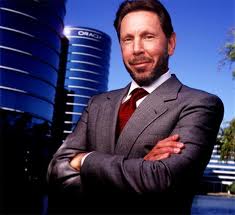 There is a general rule in IT.  Don’t mess with Larry Ellison.  He is the nice man of software the way Goebbels was the nice man of public relations.  And witness his suits against SAP and HP, he rarely loses.  It’s Google’s bad luck that Java was acquired by Oracle as part of their acquisition of Sun.  By d*cking around with Java, they have put themselves in a shark cage, only with the shark inside there with them.

It starts with Sun: The history of the suit is as follows:  Sun, which created Java, had imposed licensing terms on the micro edition of it, which Google found irksome as they developed the Android application system.  Not only would a license have to be negotiated directly with Sun for every phone sold, but all code developed off that base (by vendors such as Samsung, etc.) would be open-source.  So in 2007, Google decided to keep Java as a language for app developers, but to replace the Java virtual machine (VM), with one they allegedly developed in clean-room conditions, thereby, in principle, bypassing Sun’s copyrights and patents.   This new VM is commonly called the Dalvik machine, and works in quite a different way from the original Java one.  Android app developers however, code in standard Java, after which a special Android  translator recompiles this into Dalvik code.

Sun has a strong set of patents and protection around Java, and indeed in 2004 extracted $900m from Microsoft in settlement of it’s infringement of them.  Sun was clearly not happy about Google’s approach to the Dalvik machine, but in 2007-8  were reeling financially, with a share price down at a few dollars, and were laying off employees in their thousands.  In fact Jonathan Schwartz, their CEO at the time even claimed the use of Java by Android as an endorsement, and welcomed it’s announcement, in a blog posting that does not help Oracle. 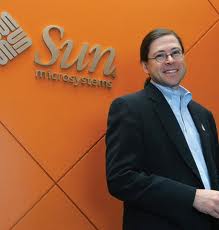 Enter Oracle: But in 2008 Schwartz, seeing the writing on the wall for Sun, started to shop the company for sale, and Oracle began nosing around.  It seems clear that Schwartz included the possibility of a suit against Google from the outset  to increase the valuation of the company, and Oracle, a much more litigious company than Sun, very likely took that on board.  The $900m Sun win against Microsoft four years before must have made it seem like money in the bank.  In January 2010 Oracle completed the $7.4Bn purchase of Sun.  In August 2010 they issued a suit against Google an Android in the district of Northern California citing 132 infringements of 7 patents, plus copyright infringement.  So it seems clear that the Oracle suit is not a random patent action – it is a premeditated act, designed to recoup part of the purchase cost of Sun to the corporation.

This is reflected in the initial value of the Oracle suit – up to $6.1 billion (including a 3x multiplier for wilful infringement) an amount which appears to have stunned Google.   This link also reveals that the original amount Sun requested for a license was “$60 million over three years plus an additional amount of up to $25 million per year in revenue sharing.” A touch of “penny wise, pound foolish” there for Google I think.

Prognosis: Does the Oracle suit have any chance of success?  Initially things did not look to serious for Google.  The judge reportedly reduced the damages amount to start with to around $100m (the amount of the original rejected deal) but troublingly for Google, did allow the advertising revenue for the platform to be included as an element of damages.   Since Oracle is asking for 20% of this revenue, and exemplary damages, this could still cost Google billions and halt Android distribution if Oracle are granted the injunction they are requesting. 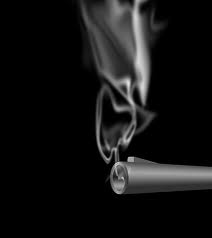 On the matter of the validity of Oracle’s suit, the opinion of Florian Mueller, the FOSS blog author is that they have a number of smoking guns.  What is often unreported in this case is that Oracle have a very strong case in copyright alone.  Copyright is actual code, whereas patents are inventions.  There are numerous examples it appears of clear copying of copyright code in the Google Android SDK files.

In addition, Oracle has unearthed another serious problem for Google – the infamous Lindholm e-mail. This internal e-mail from Google engineer Tim Lindholm to the head of Google’s Android division, Andy Rubin, appears to prove Google knowingly ignored Sun’s patents.  It reads: “What we’ve actually been asked to do (by Larry [Page] and Sergey [Brin]) is to investigate what technical alternatives exist to Java for Android and Chrome. We’ve been over a bunch of these, and think they all suck. We conclude that we need to negotiate a license for Java under the terms we need.”  Of course they did not negotiate a license.

According to Florian Mueller, the judge told Google that “you are going to be on the losing end of this document” with “profound implications for a permanent injunction”. Mueller adds that “a finding of willful infringement would not only make an injunction much more likely than otherwise. It can also result in a tripling of whatever damages will be awarded.” The case is due to be heard in October, and before that the judge has required the Oracle suit be reduced to 50 patent infringement instances from 132, with a maximum of 6 grounds per infringement.  That’s 300 potential issues Google has to try to bat away, plus the copyright infringements.

Can Google attack Oracle?: The usual approach in a dispute like this between tech companies, is for a counter-suit from the defendant, also on patent infringement, usually ending in a cross-licencing deal.  Does Google have an attacking response to this dilemma?  Apparently not – in over a year, Google has not laid a glove on Oracle for patent infringement.  Of course it could not – its tiny hoard of patents do not cover Oracle’s business areas.

So recently it has been almost buying patents at random.  For an undisclosed sum, on July 28th for example, it bought 1029 patents from IBM.  These patents appear to be a rag-bag of old, IBM-specific and narrow inventions.  One would imagine if any of these had a real monetary value against Oracle, they would have already been used – Oracle is a deadly enemy of IBM in the server and database field.  Similarly for the Motorola patents – which are large in number, but which have zero applicability to Oracle’s line of business.  Even if there was a killer patent in there, Google will not be able to complete the transaction (estimated for early next year), in time for the October Oracle suit trial.

How will it go in October? While the judge has already reprimanded Oracle in a number of areas, he is immensely experienced, and somewhat unimpressed with Google’s delaying tactics,  their prior history of ignoring other people’s IP, and of course the Lindholm letter.   Google has a very strong chance of being badly damaged in this suit.

And we haven’t yet come to Apple, possibly Google’s biggest challenge of all. More on that in the exciting third part of this series.