Over twenty-five years of intensive traveling, I must have made (I roughly calculate) more than a thousand trips to Heathrow and back.  You would have thought there was little in the limo or minicab business that I had not seen in that time, but on my way to the aerodrome this trip I encountered a driver who was unique in many ways, some of them good, others, less so.

In my experience, there is always a back story to a limo or minicab driver’s current occupation.  Very few consider this to be their unique spiritual calling, and almost all have fallen on hard times, and some had a prior existence of some note. As is my habit on planes, I never usually give the slightest encouragement to casual conversation, to avoid the endless outpourings that too often ensue.  But sometimes, as with the ever-bizarre CAT Cars (my limo company for several years), the story comes out, and it’s too fascinating (or, in their case, appalling) to miss.

On this occasion, I was greeted by a diminutive and clearly elderly driver in smart corduroys and some kind of Bob Dylan seaman’s cap. He spoke in very cultured tones, rather like a BBC radio announcer of the late ’50’s, a bit of a surprise given the predominantly Afghani origin of most of my drivers. As he seemed unlikely to be able to manage my heavy bags, I heaved them into the boot of his impressive Volvo saloon myself, moving aside an empty wine bottle and a substantial mound of rubbish to do so. Settling in to the car, only his cap was visible from the rear, a result of his diminutive stature and an acutely raked drivers seat. It was clear that he could only just see out of the windscreen, and I began to get a slight inkling that this might not be a straightforward journey. 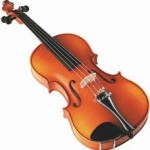 Radio 3, the excellent BBC classical music station was playing, and he enquired if I minded if it stayed on. As we pulled away at an impressively slow speed, I said that I was delighted for it to be playing, and how unusual it was in a cab to be hearing it. In fact it was that day’s Prom from the Albert Hall, and we chatted for a while about these excellent classical concerts, after which he said something about being at one on early September. When I said that I would have to miss going due to my trip, he said slightly testily, that he wasn’t going to it, he was playing in it. And not just the triangle, the principal violin, with the London Symphony Orchestra (conducted that night by Zubin Mehta). That silenced me for a while – I have been driven by ex-businessmen, ex-doctors, ex-engineers, but I had never been taken to Heathrow by a world-class classical musician.

If you don’t mind me asking, I said, why are you driving a minicab? And that’s when he started his long and quite sad story. He had been a law professor of some distinction for most of his career, with a sideline as a classical musician, and retired in 1993, with what was in those days, a great pension. Sadly, his university had outsourced his pension to some organization implicated in the frauds perpetrated by the infamous Robert Maxwell. On returning from his first vacation after retirement he found that the entire pension was lost, and with no other source of income he had to start working again. For many years he was able to work in the legal profession, but after he turned eighty, could no longer get professional indemnity, and so had to turn to driving a cab to supplement his income. How old are you now, I asked. Eighty one he replied. Bl**dy h*ll I thought. This is some kind of record, being driven by the oldest classical musician currently working as a limo driver.

At this point we were moving at a remarkably slow pace on the normal route from our garden fortress to the airport. He suddenly veered off into Richmond park however, muttering something about congestion in Kingston. The speed limit in the park is 20 mph which he came under by a handsome margin. As we crawled along and he continued his extraordinary story, I was beginning to wonder if the hour I had allowed for the journey was enough. This concern was amplified, as, arriving at the Richmond gate, we continued round the perimieter of this enormous park, instead of heading on the direct road to Heathrow. By the time we finally exited the park, at a majestic fifteen mph and twenty five minutes after leaving home, we had travelled a net distance of around two miles, and I was wondering if we would make Heathrow by nightfall.

Our funereal pace only slightly picked up as we threaded our way at a snail’s pace though a complex series of west London backroads. Indeed the maximum speed we ever achieved, was forty mph – this on the seventy-limit M4 motorway, making us the slowest vehicle on the road by a wide margin. It’s fair to say however,  that while the journey was teeth-gratingly slow, we did arrive in Heathrow in time for my flight, (which he assured me did not exist as BA did not operate from that Terminal).

Wishing him all the best for his upcoming concert, and thanking him for a fascinating journey, I exited the car. He of course remained in situ as lifting the bags out of the boot was out of the question. Having negotiated the bags past the rubbish and the empty wine bottle, I turned to give him a final wave. He did not respond, for in an impressively short time, he had peeled, and was now intently eating, a large banana.

On the plane back to KL  there were a few moments to reflect on what is happening to Bali.  Always a favorite place, we just had one of our best ever times here, celebrating the *0th birthday of our  dear friend M**k, along with the chickadee and her hubby.  But it may be one of…

A few observations from the parallel world that is rural France.  Including a literal example of snailmail, the age of the house, and our gorgeous new walls.   The mail delivery service is one of the wonders of rural France.  Every day the little yellow van delivers more useless brochures from French supermarkets, along with…

Very minor modification to the plan to skip lunch today. The miniature hip-bath of fois risotto was what swayed me. Total cost – 6 euros.   This is at the Palace of FBT, the Mercado de San Anton. (Visited 10 times, 1 visits today)

There is an odd feature about life down here.  I can run harder, longer and more frequently than is possible for me anywhere in the northern hemisphere.  My standard route is up to the top of Chapman’s peak drive, a 10k route, with an absolute height difference bottom to top of 200m or so, but…

Having put up a few pics of the recent Otter trail, it’s time for a proper description of the trip.  M*rt*n, who organized the whole thing has written a magnificent account of the trek, which I present here.  My thanks to him for this great write-up and for arranging the whole expedition  (plus 1200 kms…