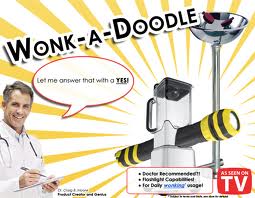 The saintly Paul Krugman (of whom more later) often helpfully tags his columns in the NYT with the descriptor “wonkish”, or “slightly wonkish”, signifying some more or less baffling piece of economics theory.  I like ‘wonkish’ more than say,  ‘nerdy’, probably because if Krugman likes it, then it’s good enough for me.

I mention this only because a number of items on the web tickled me this week, and they all have a technical, or at least abstrusely specific angle. That’s about all they have in common, but I wanted to log them here, and so that’s going to be my taxonomy.  Here they are: 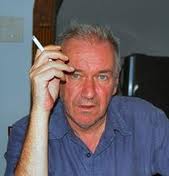 Techeye  Many years ago, in the late ’80s, I handled the marketing in Europe for IBM’s PCs and software.  At that time, a combination of my callow youth, and the novelty of the IBM PC, made the whole area fantastically exciting and the world seemed to be changing incredibly fast.  Part of what I did involved talking to the press – and many of them were as excited as we were at what was happening.  But in the classic style, most of the UK IT journalists were also hard-bitten, cynical, and rather fond of the products of grape and grain.  One of the ones I liked most was Mike Magee, an amiable and interesting cove, who spent most of his working time in one pub or another, but was also a very good journalist.  Later, he founded The Register, or el Reg to it’s fans.  The Register is still one of my favorite sources for IT info, and in Reg Hardware does a very good line in consumer tech reviews. Its real claim to fame however was it’s sarky Brit-tabloid viewpoint (motto: ‘biting the hand that feeds IT’), which while irritating in an actual Brit tabloid, was great for IT reportage. These days however, the Reg is now a little too respectable, and is not as irreverent as it used to be.

The mantle of “best provider of good industry information plus a complete lack of regard for the rich and powerful” has passed instead to Mike’s latest endeavor, Techeye.  In particular Techeye tells it like I think it is in the area of Apple, and it’s patent wars.  For example, this paragraph is from a recent patent story: “The new court case does not make much sense, other than to satisfy Apple’s Steve Jobs’ promise to waste every penny his company has made trying to shut down Google’sAndroid. Jobs, who famously admitting stealing other people’s ideas, thought it was morally wrong that anyone produce anything that looked like the ideas he stole.”  Exactly.

In another piece, Techeye, umabiguously calls the CeO of Nokia a “Microsoft plant” in the company – a completely obvious point, but one that I have never seen written in the tech press.  They also drily describe an interview with him as “an excellent demonstration of executive media training in action“, a particular bugbear – rightly – of cynical UK journos. 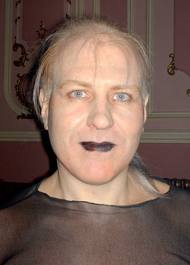 Verity Stob.  A number of features still combine to keep the Register an indispensable source of IT info.  One of these is the absolutely excellent Verity Stob column.  The actual identity of VS remains impressively well guarded.  The photo to the left is provided by the Register, noting that while it is not of Stob, it is of  the “prettiest Wikipedian we could find”.

‘Verity’ is a long-time programmer, and has been writing blogs since 1988, first for Dr Dobb’s Journal, and lately for el Reg.  She has a wonderful combination of deep programming knowledge,  erudition, and a bone dry but slightly wondering view of the IT and broader world.  The series of scriptures of the Sons of Khan, of which this is the latest installment, is a great example.  Really only people familiar with programming languages should read this, but it’s very funny.  She also turns her gaze on the English language, with which she has a great facility.  This riff on the latest release of English  (V3.31), is less technical, but will still appeal mostly to those who have experienced endless point releases in the software game.  I particularly like the section on the “emphatic period ” function.

I am fascinated by who VS actually is.  I think she is clearly a lady (no man would write a piece like this on the Roomba vacuum cleaner).  She is clearly highly intelligent, and has been in the business for a long time.  On the other hand she seems to be in shall we say a non-executive position, and has recently completed an Open University diploma.  Why? Possibly actually so she could write this absolutely beautifully illustrated description of the course – one of the most backhanded recommendations of the OU I have ever read.  Anyway, essential reading, and a subtle reminder of what being British actually means. 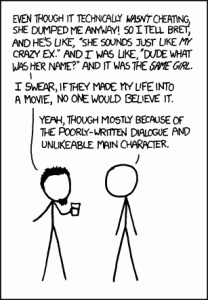 xkcd.  A favorite of Verity’s, this is a wonk’s cartoon series, self-described as ‘a webcomic of romance, sarcasm, math, and language’.  That’s pretty accurate – but it’s also regularly funny, and occasionally brilliant.  One example of real distinction is his electromagnetic spectrum chart.  This is probably only for men with a working knowledge of O-level physics, but it is very funny.  Check out the potato.  If you find that you will also find the other accurate and scatalogical items embedded in this detailed map of the wonk’s frequency range.

Although you can step sequentially through the cartoons, I find the best way is to use the ‘random’ key.  This reveals some cartoons of such deep technicality they remain opaque, or at least to me, but at least 30% of the time, it turns up something that makes me laugh out loud.  OK maybe that’s just me. 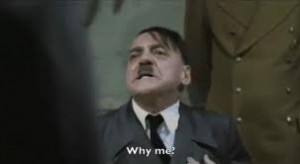 Hitler finds out Sheffield United have been relegated.  This is non-technical, but deeply specific about Sheffield United.  Recently a UK politician was demoted for having put satirical subtitles about the Scottish Nationalists on a clip from the celebrated 2004 film ‘Downfall’, which documents Adolf Hitler’s end in the bunker in Berlin in 1945.  Possibly alone, I had not realised that there were numerous different versions of subtitles to this clip, ranging from his rage at finding there will be no camera in the iPod touch, to hearing that Oasis have split up, or my favorite, at the link above, his utter fury at learning that his favorite team have been relegated.  The clip was made in 2007, and I think was the first – certainly for me it’s the funniest.  A comprehensive list of the various versions was provided by the Daily Telegraph here: not all are as good as this one, but there are some gems to be found.

So there you go.  Oh, finally, what of Paul Krugman? He is the wonkish Nobel laureate who writes oped pieces for the New York Times, and who has it exactly right in my view, both politically and economically.  He infuriates many academics and the nut-job libertarian right wing, by being both god-like in his authority on economics matters, as well as unashamedly polemic on Republican and Tea-party politics, as well as being a pretty good writer to boot.  Check him out here.

On a brisk Spring day in March 1996 your correspondent was excitedly waiting outside the Aladdin’s cave that was (and is) J&R World in down-town Manhattan.  At the opening of the store I rushed in and bought one of the first Palm Pilot 1000 PDAs sold.  The Palm is largely forgotten now, but 15 years ago it was a miracle…

The 5.3 litre V8 of the Virage is at the same time the essence and the Achilles heel of the car.  In the next post I’ll describe how we solved all the major problems with it (none of which had been diagnosed by Aston dealers and specialists).  In this one, I’ll cover a bit about the unit…