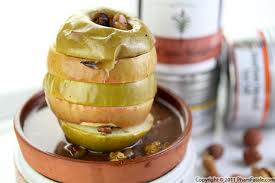 A while ago I wrote a series of posts on why I really didn’t care too much for Apple and it’s more recent products.  This was matter of complete indifference to Apple and most of the world along with them, but I wanted to be able to articulate explicitly why I found the whole Apple system so irritating.

Were it necessary to reinforce this view, I have recently found myself once again at the end of the long smelly stick that is my Apple experience.  This time it involved the iPad 2, a perfectly nice product, and in some senses, a miracle of technical design, but burdened with classic Steve Jobs obduracy.  A while ago, my mother bought an iPad 2 for my father, and I offered to set it up.  Aware of the problems with having the wrong Apple ID, I set it up with an account I created for him, and then paid for and downloaded many apps for his enjoyment.

Time passed….. until this Christmas, when I wished to set up a few more apps for him – specifically the ability to dial into my Calibre server (Calibre is probably the best ebook software on the planet – I will cover this in more detail in a later post).  After downloading the app that would allow access, I found it didn't work.  At all.  Further investigation revealed that a refresh to the new IOS 5 was needed.  Excellent I thought, that’s a much better OS, and one which takes Apple up to the level of some needed Android function.  Very unwisely, on Christmas day, I started this process on the 500 kbps line (not lighteningly fast, but not outrageously slow either) at my parent’s home.  Four hours later and with my molars ground down to stumps, I retired hurt, and resolved to fight another day.  Two days later, I threw myself again into the fray.  Four hours of further toil, and I had managed to restore the iPad to a working state.  That’s all, no new OS, no new app.  Just working.  I can see no way of ever getting the system upgraded. 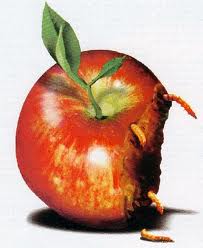 How can this shambles have resulted from the wizards of ease of use?  Without going into massive detail, here’s how my problem played out.  Not an unusual situation, but not one that Apple provides any help with either.  The iPad requires that all content is transferred from a PC via iTunes.  That’s what I did, with an account I set up specially in my father’s name, but using my PC of course as the iPad was a present.  Later, when I wanted to upgrade the OS on the iPad for him, I had to use a PC again – but I needed to use his one this time, as it was at his place.  As an OS upgrade wipes out all the iPad data, I needed to have all the data on his PC to sync back again after the upgrade. But that can’t be done in the world of Apple, unless the original PC is used (as I have noted before, Apple will only sync one way – from the PC to the iPad).  In fact even connecting the iPad to his PC required logging in to Apple’s web site, to ‘re-authorise’ the PC, and Apple’s site was down over most of Christmas day for that function at least.

To solve this problem, I had to buy some 3rd party software for $30 to do the transfer back to the PC.  Having done this and also having had to download yet another pointless release of iTunes at 64MB, I was ready to do the iOS upgrade on the iPad.  To my utter amazement, this was a 724MB download.  I mean bl**dy hell!!!!  724MB!!!   On a 500Mbps line that was going to take 8 hours.  We left it running overnight, and of course it timed out.  So I don’t see how we can ever do this.  If I take his iPad back to my place for a faster line, I’ll have to use my PC, and of course I just transferred everything to his PC.  The only way it can be done I think is to physically move his PC to somewhere with faster broadband. This is stone-age stuff.

So in summary I.M.H.O – Apple is currently around the worlds worst for ease of use for trivial operations like giving an tablet as a gift to someone.  They absolutely stink – and I wasted 8 hours of my life – a working day, to solve problems that should never have existed, and that do not exist with Android.  By contrast, my dear friend M**rk received an Asus Transformer tablet from another of our friends as a gift, and in Bali, over a glacially slow internet, I did an OS upgrade, set up dozens of apps, and transferred ownership, all effortlessly, to to his evident delight.

Apple’s famed of ease of use is just marketing spin.  It’s a bad bad system, that is made deliberately difficult for the user, so as to make things easier for Apple – a truly heinous sin in ease-of-use practice in my view.  Maybe the demise of Steve Jobs will change things for the better.  But I don't expect that anytime soon.  Apple will be stuffing it's customers for many years yet – not just here, but in stitching up ebook prices for Apple users and all other customers (more in future posts), and many other areas.

I started mcaughtry.com in 1999 and used the best software at that time – FrontPage from Microsoft.  As web design software it was very powerful and allowed me to use neat features like frames, and inbuilt spreadsheet clips and so on.  After I had built the basic design, it was relatively easy for me to…

Google’s Android problems with Microsoft and GNU might seem bad enough.  But they are chickenfeed compared to the trouble they are in with Oracle… In the prior post on this subject, I covered Google’s troubles with Microsoft and the Linux license.  I described these as relatively benign, although the problems may have seemed (and are) quite severe.  …