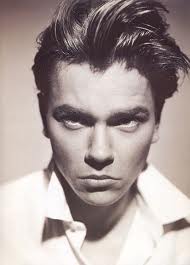 Famed family turn out to have quite interesting names after all

I only occasionally go to the movies,  and then usually only to foreign language films, (which must lack whimsy and in which the dog must not die). As a result I by and large missed the work of the talented late actor River Phoenix, or that of his still-alive brother, Joaquin.  If asked I would not have been able to name a single film in which they had appeared.  Indeed, on looking them both up, I had not seen any of their films, and had not heard of many of them either.  No matter, that is irrelevant to this piece.

Despite my ignorance of their filmographies, I had always been interested in Joaquin’s name, (which I understand is pronounced ‘whackin’) always silently adding for my own purposes the suffix ‘on the napper’.

This comes from the powerful influence of works such as the ‘Beano’ and ‘Dandy’  children’s comics of the ’50s, and is the same reason I am always (silently) willing women named Barbara who go by the short form of ‘Basha’ to marry men called ‘Wilkinson’.

Idly reading the Guardian today, I came across an article which makes sense of many things, but probably for me also removes ‘napper’ as the default suffix for Mr Phoenix.  The piece was about Rain Phoenix, the sister of Joaquin and River,  who like most members of her family seems in the ‘box of frogs’ category of general mental togetherness.  In the article there were two facts of outstanding interest for me.  The first was that theirs was a large and dippy family, the siblings of which were named  Rain, River, Summer, Liberty and Joaquin.  The second, and I realize that finding this amusing does not reflect well on me, is that their surname was originally Bottom.  The siblings were therefore called  Rain Bottom, River Bottom,  Summer Bottom, Liberty Bottom and Joaquin Bottom.

I like all of these names a great deal.  Rain Bottom evokes associations of a fresh, but slightly incontinental nature, while River Bottom clearly bespeaks of much greater volume, or maybe in a different vein, smooth dark stones, or even discarded bicycles or prams. Liberty Bottom with it’s overtones of freedom or corsetry is just excellent, while Summer Bottom you would think is unimprovable,  with a sunny, yet transient feel (or maybe a hint of a seasonal gastric disorder). But wait. She apparently married actor Casey Affleck, but had she stayed in the film business and married director Michael Winterbottom instead, she could now be the distinctly  improved (and year-round) Summer Winterbottom.

And Joaquin.  Aahhh…..Joaquin.  Well he has now ‘retired’ from the film business, and is pursuing a baffling and fairly unsuccessful career as a rap artist.  But as any former alumnus kno, he could instead have had a unique and deserved career as the corporal-punishing headmaster of my own alma mater, St Olave’s and St Saviour’s Academy for the Sons of Distressed Gentlefolk. He would certainly have been an improvement on the Oaf (as my headmaster of the time was unaffectionately known), although, come to think of it, may have only run him a close second in the box of frogs department.

It’s easy to see why the family changed their names – but how much more charming it would have been had they retained them.  Not  to mention the missed opportunity for an unforgettable celebrity ensemble performance of Midsummer Night’s Dream.

Roger Ebert, the celebrated Chicago Sun-Times film critic and general good egg, recently won a New Yorker caption competition after 107 attempts spread over many years.  He wrote a nicely dry column for the Guardian about it, which in the Web version, omits the actual cartoons.  Ebert’s quest to win a competition is also covered…